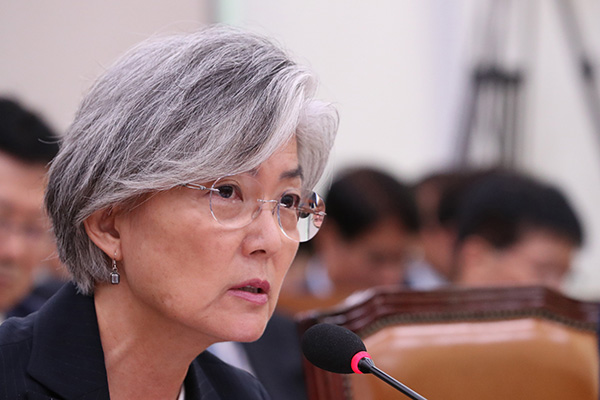 At a parliamentary committee meeting on Monday, Foreign Minister Kang Kyung-wha said she had heard details about the letter from officials in Washington.

The letter has been the subject of recent speculation by local media outlets.

Kang added that she was not in a position to disclose either the content of the letter or when it was delivered.

When asked about the possibility of the third summit taking place before working-level discussions between Washington and Pyongyang, Kang said that would be highly unlikely.

She said negotiation teams from each side should first meet for discussions to prepare for the success of the third summit.