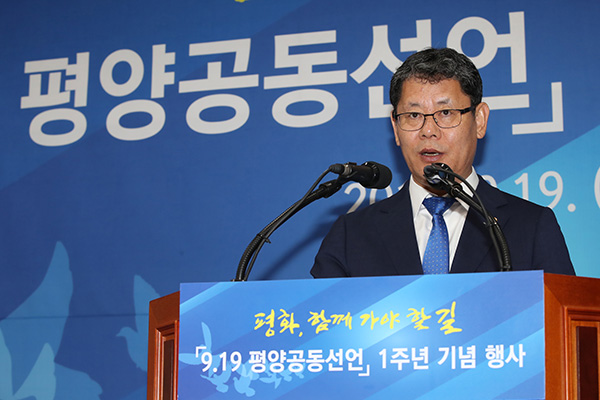 Kim made the remarks in a keynote speech delivered at an academic seminar in Seoul on Monday, stressing that inter-Korean relations have a clear role in establishing peace on the Korean Peninsula.

The minister said rather than wait for results, Seoul will play all the roles it can so that North Korea-U.S. working-level talks can yield a positive outcome.

Kim said such talks will serve as a good opportunity to gauge the future of denuclearization negotiation but acknowledged it will not be easy for Pyongyang and Washington to narrow their differences from the Hanoi summit.

He said the U.S. and the North must recover trust in order to reach an agreement and expressed hope the two countries will push forward future negotiations as they are both well aware that there are time constraints.