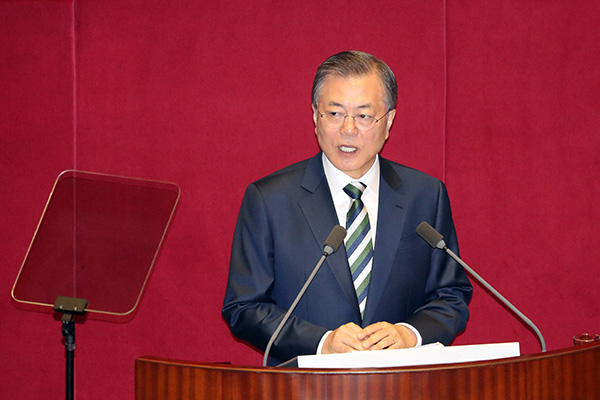 Anchor: President Moon Jae-in says budget money should be allocated to establishing peace on the Korean Peninsula, and that only dialogue can lead to permanent peace.
Celina Yoon has more.

Report: President Moon Jae-in said in a speech at the National Assembly on Tuesday that next year’s national budget should include allocations to help establishing peace on the Korean Peninsula.

[Sound bite: President Moon Jae-in (Korean)]
"The Korean Peninsula is facing the last hurdle on its way towards permanent peace, the barrier of denuclearization, which we must overcome together. Only dialogue can break that barrier. Though we can’t go as quickly as we’d like as there’s a counterpart to the dialogue and we must proceed with the international community, compared with just two years ago, when the nuclear and missile threat had escalated into war anxieties, the path we must take is clear."

Professing a belief in the progress of history, the president said no effort should be spared in dialogue for peace.

He also noted in his speech that over 50-trillion won in next year’s budget has been earmarked for defense.

On top of bolstering key defense systems such as next-generation submarines and surveillance satellites, Moon said soldier salaries will be raised to better compensate national service.

[Sound bite: President Moon Jae-in (Korean)]
"Strong security is essential to carving our own path instead of leaving our fate in the hands of others. Though we currently focus on deterring the North Korean threat, strong national defense is essential even after unification in order to stand as a sovereign state among the world powers."

The president said he expects the economy to see new opportunities with the establishment of peace on the Korean Peninsula.

He said that efforts will be made to establish a peace economy, which includes linking railways and roads between North and South Korea and expanding economic, cultural and human exchanges.

Anticipating that the peace economy will form a “virtuous circle” in which peace leads to greater economic cooperation and then permanent peace, Moon stressed that only then will North Korea see a brighter future.
Celina Yoon, KBS World Radio News. 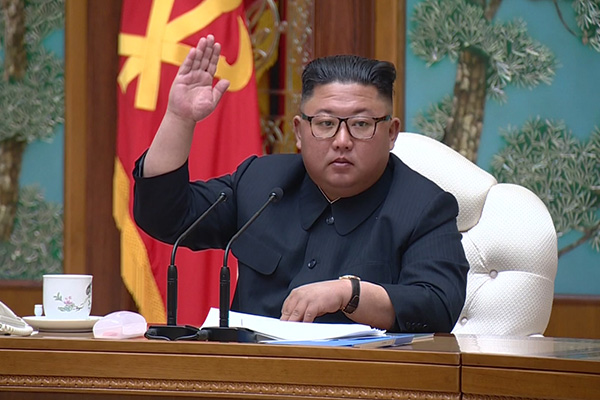 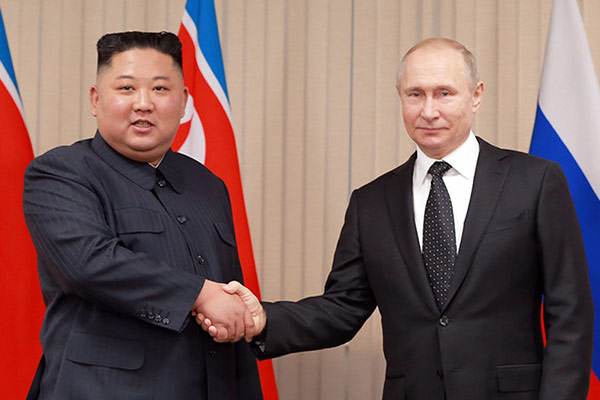