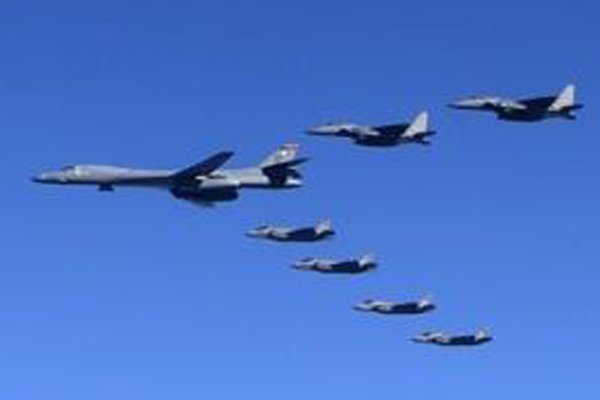 The U.S. Defense Department said on Wednesday that it will proceed with a planned joint air exercise with South Korea, dismissing North Korea's criticism of the plan.

Pentagon spokesperson Dave Eastburn said the U.S. does not scale or conduct its exercises based on "North Korea's anger" when asked about a North Korean statement blasting Washington over the exercise.

Eastburn said that the exercises ensure readiness and enhance interoperability between the U.S. and South Korea while giving diplomats the space they need to have open conversations with North Korea.

The spokesperson, however, hinted at the possibility of adjusting the scale of the drills.