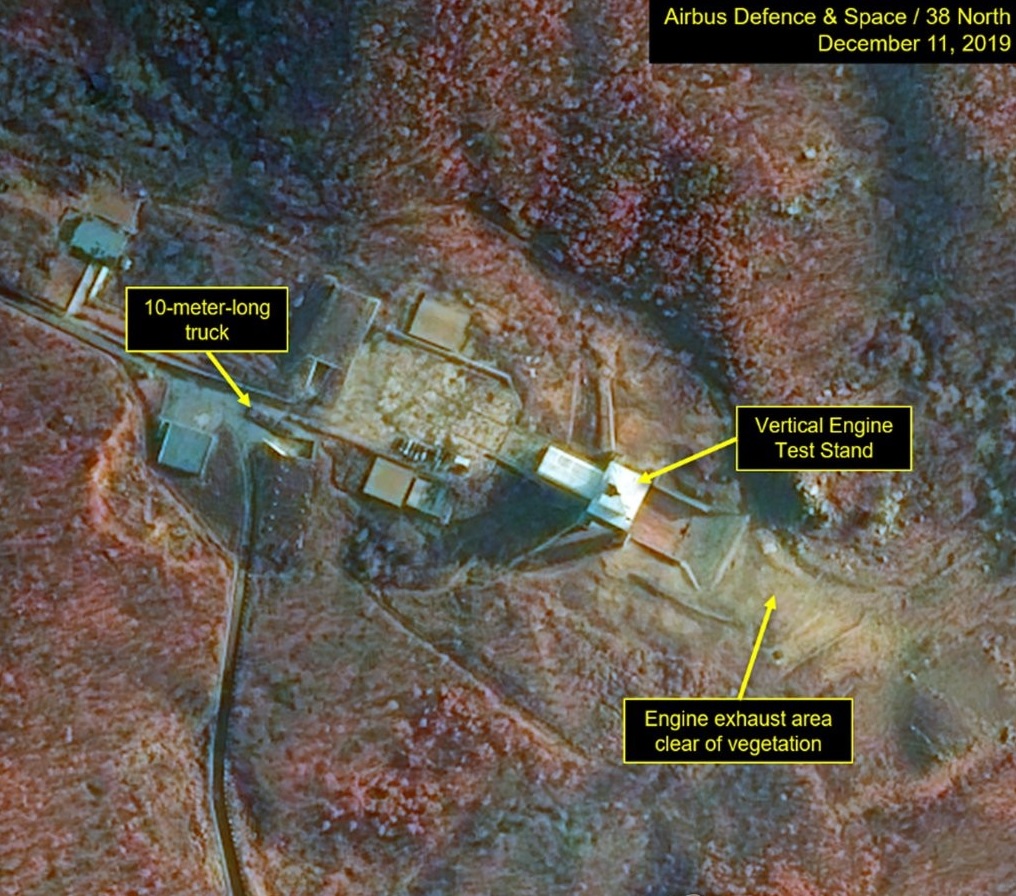 A U.S.-based North Korea monitoring website says there appears to be activity at the North's Sohae Satellite Launching Station suggesting the beginning of post-test refurbishment of the site's engine test stand.

38 North published the assessment on Monday citing new commercial satellite imagery of the Sohae station from a day earlier that reveals a retractable environmental shelter has been pulled back from the engine test stand.

According to the site, the retractable shelter provides protection to equipment and personnel during test preparations while also providing concealment from imaging satellites.

It pointed out that the shelter has only occasionally been observed pulled back from the test stand.

38 North added that satellite imagery shows evidence that engine tests were likely conducted at Sohae's vertical engine test stand, such as vehicles around the test stand before the tests and vegetation burn around the flame bucket afterwards.

The latest imagery was taken after the North claimed to have conducted a “crucial” test at the Sohae facility last Friday, six days after having claimed to have carried out a separate “important” test there.

Attention is being drawn to movements at the Sohae facility as some observers have said the North could seek to test-fire an intercontinental ballistic missile in a bid to pressure Washington to change its posture in denuclearization talks as a year-end deadline set by Pyongyang draws closer.