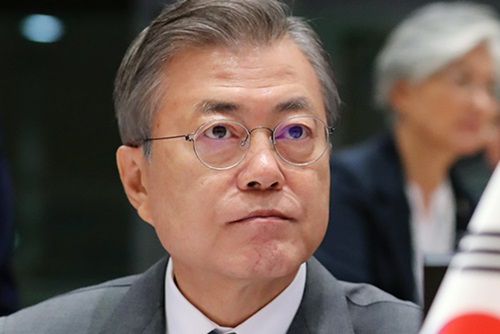 The president made the call on Thursday in a contribution to Project Syndicate, an international media organization that includes over 500 media outlets in 157 countries.

President Moon said that the North Korea nuclear and missile issues have yet to be resolved and that North Korea and the United States are asking each other to make a move first.

He said that it is fortunate that the leaders of Washington and Pyongyang still trust each other and remain unchanged in their commitment to dialogue, while stressing "action for action" between the two sides.

President Moon also said that working-level negotiations and a third summit between the U.S. and North Korea will be the crucial points in the process of denuclearization of the Korean Peninsula, calling for support and concerted action from the international community.