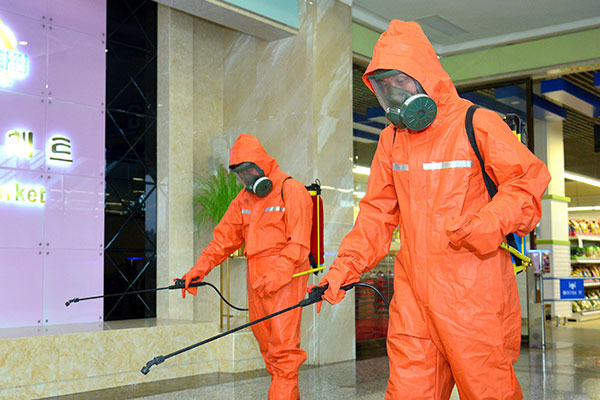 North Korea, which has always claimed to have no COVID-19 cases, has admitted to its first confirmed case of the virus.

The North's official Korean Central News Agency(KCNA) said on Thursday that the country's quarantine authorities confirmed the first case of the omicron variant among a group in Pyongyang on Sunday.

The KCNA said the nation had maintained thorough emergency quarantine measures for two years and three months since February 2020, but a most serious national crisis has emerged with the outbreak of the virus.

Kim ordered a comprehensive lockdown of cities and counties across the nation, ordering all-out efforts to prevent the spread of the virus at businesses and production facilities.

On Friday, North Korean reported 174-thousand people with a fever and 21 deaths.

According to the KCNA, leader Kim Jong-un was briefed on the spread of the infectious disease by the national emergency quarantine command while chairing a politburo meeting on Saturday.

In the briefing, the quarantine command noted that around 524-thousand people have shown symptoms of fever from late April to May 13, and over 243-thousand of them have been completely cured, with 280-thousand still receiving treatment.