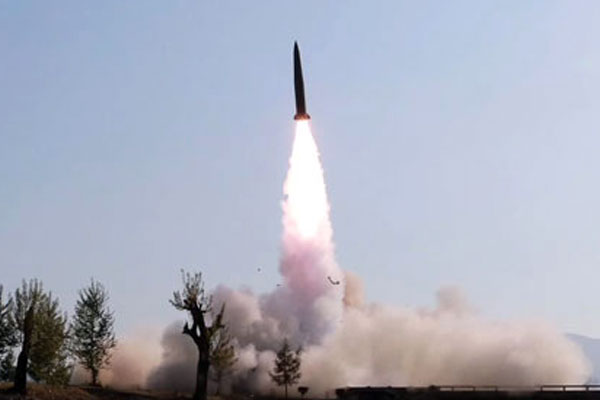 After firing two short-range ballistic missiles into the East Sea Thursday, North Korea has issued a warning to South Korea.

The North’s state-run media said Friday that leader Kim Jong- oversaw what it called a "new tactical guided weapon" test in a show of military might.

Korean Central Television said the launch a "solemn warning" to South Korean “military warmongers,” who were described as "running in their moves to introduce the ultramodern offensive weapons and hold military exercises in defiance of the repeated warnings.”

Earlier this month, the South Korean Air Force received two US-built F-35A stealth fighter jets and hopes to deploy a total of 40 by 2021. Seoul and Washington are also scheduled to stage their joint 19-2 Dongmaeng military exercise next month.

According to the South Korean Joint Chiefs of StaffJCS) on Friday, the two missiles flew around 600 kilometers before dropping into the East Sea. The JCS hinted that the projectiles could be boost-glide missiles, noting that they did not remain in fixed descending temporarily pulled up and maintained their for a time.

The Korean Central News Agency said that Kim was “content” after confirming the effectiveness of the "hard-to-catch" low-altitude boost-glide guided missiles.

The South Korean president’s National Security Office on Thursday expressed “strong concern” that the missile launches are not helpful in efforts to ease military tensions on the Korean Peninsula.