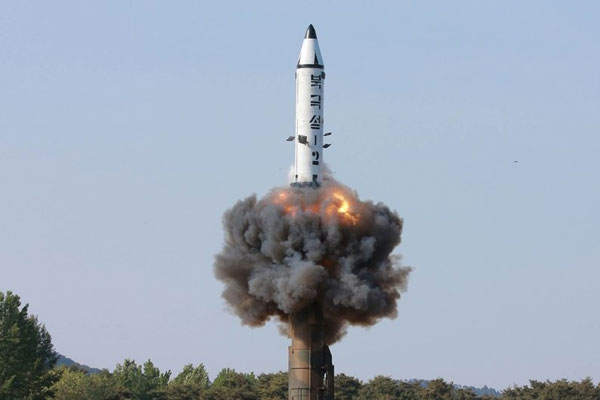 "The negotiation had not fulfilled our and finally broke up... I am very unpleasant about it."

North Korea says the working-level nuclear talks with the U.S. Sweden broke down.

Speaking outside of the North Korean Embassy in Stockholm on Saturday, North Korean chief nuclear negotiator Kim Myong- announced his assessment of the meeting that lasted for more than eight hours.

“The breakup of the negotiation without any outcome is totally due to the fact that the U.S. not give up their old viewpoint and attitude... These days... U.S. raised expectations by offering suggestions like, 'flexible approach,' 'new methods' and 'creative solutions,' but they have disappointed us greatly and dampened our enthusiasm for negotiation by bringing nothing to the negotiating table."

While accusing the U.S. of not having proper intentions to solve the nuclear issue, the North Korean negotiator said his side advised the U.S. to reconsider its position by the end of this year. He stressed that it is entirely up to the U.S. if North Korea will continue to suspend its intercontinental ballistic missile activities.

In a carefully-worded statement, the U.S. denied the pessimistic assessment, saying it had good discussions with the North. U.S. State Department spokeswoman Morgan Ortagus stated that the North Korean chief negotiator's comments do not reflect the spirit of the meeting.

While claiming that her government brought creative ideas to the talks, she said the U.S. negotiators previewed a number of new initiatives that would allow the Trump administration to make progress.

Officials from Washington and Pyongyang held talks for more than eight hours at the Villa Elfvik Strand conference center just north of Stockholm on Saturday. The meeting was the first full-fledged nuclear talks between the two sides since the collapse of the Hanoi summit in February.