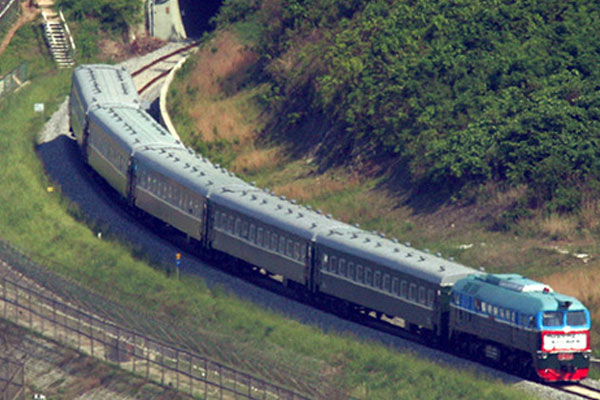 The two Koreas have agreed to hold a groundbreaking ceremony on December 26th for their project to reconnect the severed cross-border railways.

South and North Korea on Thursday held working-level talks at the North's border town of Gaesong to set the date and venue.

Following the meeting, the South Korean Unification Ministry said the event will be held at North Korea's Panmun Station located in the Gaeseong industrial region.

The two sides are planning to send about one-hundred people each to the ceremony. A Unification Ministry official said that it is undecided if President Moon Jae-in and North Korean leader Kim Jong-un will also take part in the event. During the inter-Korean summit in Pyongyang in September, the two leaders agreed to kick start the symbolic project to reconnect two cross-border railways as well as roads before the end of this year. The two Koreas have already started their joint inspection on the condition of North Korea's railways, tunnels and bridges.

Seoul has been in talks with the United States on ways to carry out the rail project without violating U.S.-led sanctions placed on North Korea. The groundbreaking ceremony itself could be in violation of sanctions, which would require Seoul to get a sanctions waiver from the UN Security Council.

Officials said that the actual construction work will not proceed right after the groundbreaking event due to international sanctions on North Korea but the two sides are expected to lay out basic plans for the rail re-connection project after the event.