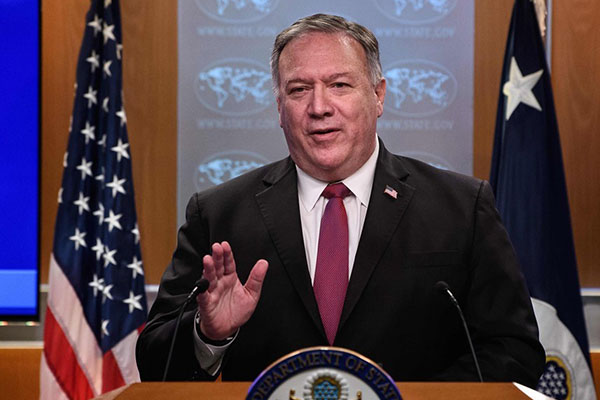 During a press briefing Wednesday, U.S. Secretary of State Mike Pompeo noted that declaring a formal end to the Korean War is "obviously" part of the process of denuclearizing North Korea.

[US Secretary of State Mike Pompeo]

"So our position on that set of issues, that suite of issues with respect to denuclearization of North Korea, a brighter future for the North Korean people, which would obviously include documents that would change the status between North and South Korea."

But Pompeo also hinted that Washington may not have been persuaded by Seoul, which proposed kickstarting the stalled talks by discussing the war-ending declaration before denuclearization.

[US Secretary of State Mike Pompeo]

"There’s been no change in the way the United States thinks about this. We continue to believe that there’s an important, good outcome for global peace and stability and for the North Korean people, and we hope that we can get back to the table and begin to have those discussions in a serious way and would ultimately lead to what the president of South Korea was speaking to."

Seeking to revive the dying momentum for dialogue with Pyongyang, South Korean President Moon Jae-in proposed on multiple occasions that the two sides officially end the Korean War, which is technically at a ceasefire, and re-embark on the arduous nuclear negotiations.

Last week, Seoul sent Presidential National Security Adviser Suh Hoon to Washington to hold a series of meetings with his counterpart Robert C. O'Brien and Pompeo, but the two sides appeared to be at odds over the role that the proposed ending of the war would play.