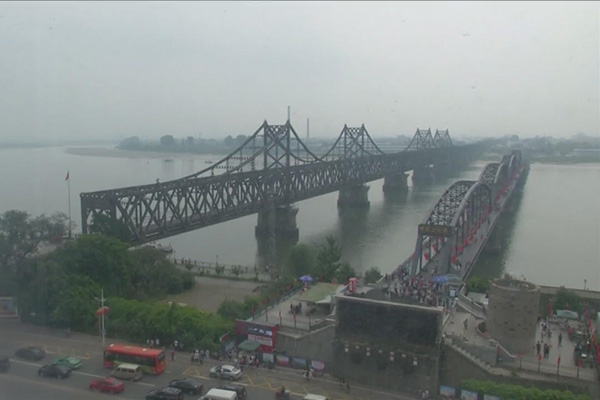 On August 6, the U.N. Security Council committee in charge of monitoring sanctions on North Korea adopted new guidelines aimed at facilitating humanitarian aid to North Korea, while sanctions on the North are still in place. Here is Oh Gyeong-seop, researcher at the Korea Institute for National Unification, to explain what the guidelines, the first of their kind, are all about.

The guidelines recommend that governments and non-governmental organizations hoping to provide humanitarian aid to North Korea submit requests for exemptions from sanctions in a letter. The letter should explain who will be the beneficiaries of humanitarian aid and what standards determined the beneficiaries. In the letter, they should also specify the quantity of goods they aim to supply within the next six months, the date and the planned route of transfer. They are required to disclose financial transactions involved in the transfer of goods, with an annex containing a list of goods to be supplied. Of course, they should clarify specific measures to ensure that the goods are not diverted for prohibited purposes.

If aid groups or international organizations submit requests for exemptions from sanctions in a letter containing ten specific elements in line with the new guidelines, the U.N. sanctions committee will deal with the relevant procedures as quickly as possible. The guidelines are aimed at speeding up humanitarian aid to North Korea without violating sanctions on the North.

It was the first time that the sanctions committee approved guidelines related to humanitarian assistance for North Korea. Previously, each group contacted the committee to undergo screening for North Korean aid. The process was quite complicated and time-consuming. Delivery of humanitarian goods to North Korea has been delayed for long so far, due to U.N. sanctions on the North, and each country or organization had to handle paper work and delivery of goods on its own. But now, all the procedures have been simplified, enabling aid providers to send goods to the North more swiftly.

The U.N. says that about ten million people in North Korea with a population of 25 million are malnourished. Due to the nation’s chronic food shortages, more than 25 percent of North Korean children have stunted growth. As a result of strong sanctions, international aid for North Korea has been decreasing in recent years, while the deliveries of aid supplies to the North have been long overdue. Fortunately, however, international aid for the communist state is expected to gain traction, following the adoption of the new U.N. guidelines. Also on a positive note, the development will likely accelerate the process of improving relations between North Korea and the U.S., considering that the guidelines were drafted by the U.S.

The U.S. has made it clear that it will not ease sanctions on the North until there is progress in North Korea’s denuclearization. Nevertheless, in a highly conciliatory measure, the U.S. paved the way for governments and international organizations to provide humanitarian aid to North Korea in a transparent way. I think the U.S. has been deeply worried that North Korean citizens may suffer from damage because of the sanctions. The U.S. came up with the draft of the guidelines in an apparent move to prevent the sanctions from making the lives of North Korean residents difficult.

The U.S. has been rather inflexible on North Korea’s demand for easing sanctions, but it has now decided to expedite the process of giving humanitarian aid to the North. In line with the decision, South Korea’s assistance for the North is also expected to pick up steam. A warm diplomatic breeze has blown into South-North relations lately, thanks to two inter-Korean summits this year and bilateral exchanges in various areas. Still, the Seoul government has yet to resume its humanitarian aid for the North, out of concern that South Korea’s aid for North Korea amid international sanctions might disrupt concerted pressure on the North. But the latest U.N. move is expected to prompt the South Korean government to donate funds to international organizations—a plan that the government has postponed nearly for a year.

In September last year, South Korea unveiled a plan to provide 8 million US dollars worth of humanitarian aid, including nutritional products for children and pregnant women, to North Korea through the World Food Program and U.N. Children’s Fund. However, the government has delayed executing the plan due to worsening public sentiment about North Korea’s repeated provocations. But this year, there have been positive diplomatic developments such as the inter-Korea summit, the North Korea-U.S. summit and most recently, the new U.N. guidelines for North Korean aid. If the U.N. sanctions committee approves South Korea’s letter containing a full explanation of its 8-million-dollar plan, Seoul will be able to resume its state-level humanitarian assistance for the North. I think the government will carefully examine this matter soon.

If the international community, including South Korea, moves up the date for resuming humanitarian aid for North Korea, Pyongyang’s attitude will be more flexible and softer. Humanitarian assistance will benefit the lives of North Korean citizens, of course, and the North could interpret the U.S.-proposed guidelines as a positive gesture.

The Kim Jong-un regime has shown more interest in economic growth through development and cooperation, rather than in humanitarian aid. Even so, North Korea will certainly welcome the new U.N. guidelines. With North Korea and the U.S. engaging in negotiations over denuclearization and a regime security guarantee, the U.S. moved fast to draw up the guidelines for North Korean aid. I think Pyongyang will read it as a positive signal.

CBS News in the U.S. described the new U.N. guidelines as a small olive branch extended to North Korea. Washington’s latest reconciliatory gesture is raising hopes for a better relationship between the two countries. We’ll have to wait and see whether the positive momentum will help provide a breakthrough in North Korea’s denuclearization.