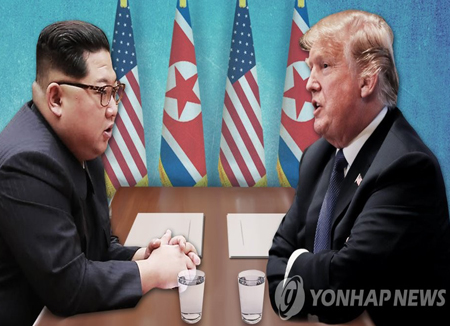 North Korea and the U.S. are engaging in a flurry of diplomatic activities in the run-up to their bilateral summit. North Korean leader Kim Jong-un made a surprise visit to the Chinese city of Dalian to hold a meeting with Chinese President Xi Jinping, while U.S. Secretary of State Mike Pompeo traveled to North Korea for his second visit in about 40 days. Kim made a secret visit to Beijing by train in March to hold a summit with Xi. The North Korean leader visited China again on May 7 and 8 to meet the Chinese president. It is very rare for a North Korean leader to visit China twice in such a short period of time. Here is Professor Kim Jun-hyung at the School of International Studies, Languages and Literature at Handong Global University.

Some speculate that North Korea is asking for help from China because there is a serious problem in its negotiations with the U.S. But I don’t think so. Rather, it seems North Korea has a bigger picture in mind. Even if North Korea gets closer to the U.S. after their summit, Pyongyang will seek balanced diplomacy between China and the U.S., rather than distancing itself from China. That is, North Korea seems to be showing that China is also included in Pyongyang’s future diplomatic picture. Some say that China might be excluded from the process of declaring an end to the Korean War. But North Korea seems to believe that China’s involvement in the issue will contribute to a successful North Korea-U.S. summit. The North Korean leader’s latest China visit can be explained in this context.

Ahead of the trilateral summit among South Korea, Japan and China on May 9 and the approaching North Korea-U.S. summit, leaders of North Korea and China held a meeting on May 8 to demonstrate the traditional friendship of their countries and stress strategic communication. Apparently, Washington’s pressure on North Korea has prompted the two communist allies to strengthen bilateral cooperation. Here again is Professor Kim.

Obviously, the U.S. is getting tougher on North Korea. It seems officials within the U.S. administration are keeping President Trump in check so he will not negotiate with North Korea too easily. In other words, there are rising calls within the U.S. for drawing more concessions from North Korea. Actually, the U.S. has raised its demand to the “permanent, verifiable and irreversible dismantlement” of North Korea’s nuclear weapons. The U.S. has also mentioned North Korea’s biochemical weapons and its human rights issue. North Korea suspects that the U.S. is demanding much more from it, and it has visited China again to probably use its ally as a kind of insurance.

North Korea and the U.S. seem to have started a tug-of-war, as Pompeo recently mentioned the phrase, “permanent, verifiable and irreversible dismantlement.” Under these circumstances, the North Korean leader’s recent China visit is interpreted as his intention to use the traditional ally as leverage to strengthen Pyongyang’s negotiating power with the U.S. At the same time, North Korea has once again demonstrated its firm commitment to denuclearization, expressed its expectations for a summit with the U.S. and showed its balanced diplomacy between China and the U.S. After a meeting with the North Korean leader in Dalian, Chinese President Xi Jinping discussed Korean Peninsula issues with Trump over the phone. Still, a bumpy road lies ahead for the negotiations between North Korea and the U.S. On May 8, Trump announced plans to pull out of the Iran nuclear agreement. Analysts are saying that the announcement ahead of the North Korea-U.S. summit is expected to influence nuclear negotiations between the two countries. Let’s listen again to Professor Kim.

With U.S. Secretary of State Mike Pompeo’s second visit to North Korea, Pyongyang and Washington will likely wrap up their discussions for their summit soon. Here again is Professor Kim.

It is said that Pompeo’s first North Korea visit produced a substantial result, although details have yet to be disclosed. After the visit, Trump expressed his hope that he would achieve something positive. During Pompeo’s first visit, it is speculated that North Korea accepted a considerable part of Washington’s demand for nuclear inspections. Pompeo has visited North Korea again to probably fine-tune other issues, including the process of dismantling North Korea’s nuclear weapons as well as the date and venue for the North Korea-U.S. summit. As the last-stage coordination, the two sides may have to negotiate over how and when denuclearization will be completed and how and when corresponding measures will be taken for North Korea in return.