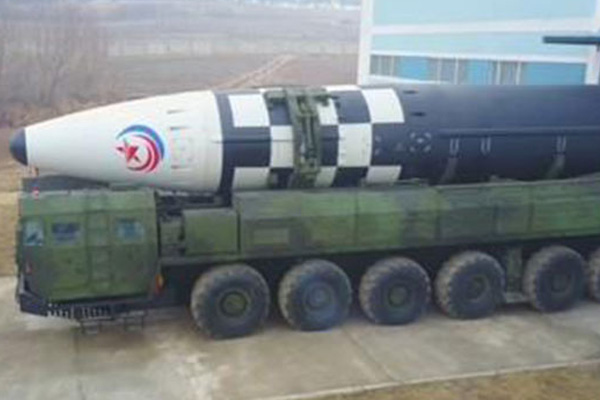 The Treasury Department's Office of Foreign Assets Control said Friday the sanctions target a North Korean weapons of mass destruction(WMD) research and development organization that is directly linked to the development of new ICBMs, along with four of its revenue-generating subsidiaries.

The five entities include the North's Ministry of Rocket Industry and its four subsidiaries -- the Hapjanggang, Rounsan, Sungnisan and Unchon Trading Corporations.

The office said these trading companies have pursued various activities likely aimed at generating revenue for the rocket ministry.

She said the U.S. is committed to using its sanctions authorities to respond to Pyongyang's continued development of WMDs and ballistic missiles.

The punitive measures come just eight days after new sanctions were introduced last Thursday in the wake of North Korea's ICBM launch. They mark the fourth of their kind imposed under the Biden administration in relation to the North's missile provocations.