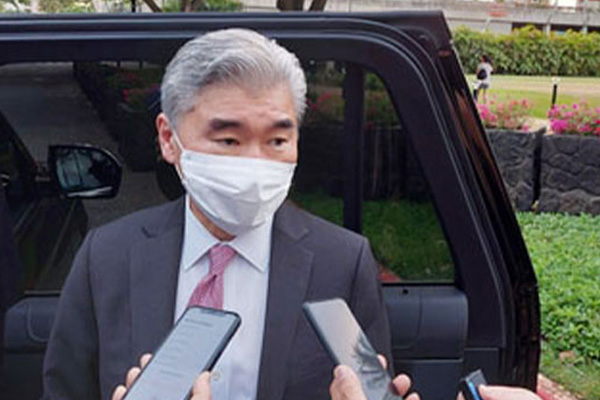 The State Department said Friday that Kim, who concurrently serves as ambassador to Indonesia, will travel to Washington from April 3 to 7 to attend a series of meetings with U.S. government officials and others on a broad range of North Korea issues.

However, a three-way meeting is not known to have been arranged.