North Korea Promotes Internal Unity Ahead of 'Day of the Sun' 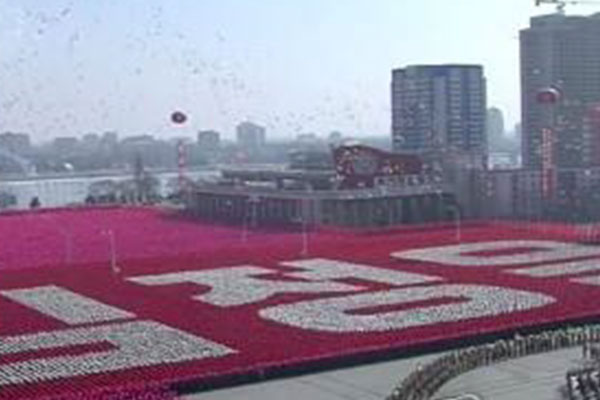 The North Korean regime has handed out major promotions for a number of military officials on the eve of the “Day of the Sun,” the anniversary of the state founder Kim Il-sung's birth.

According to the North's Rodong Newspaper on Thursday, some 95 military officials have been promoted at the behest of leader Kim Jong-un, including former defense minister Kim Jong-gwan, who was given the title of general after losing his vice marshal status last year.

Minister of State Security Jong Kyong-thaek regained the rank of general after his demotion in 2020.

The promotions are widely seen as a move by the leader to boost military morale among high-ranking officials, who frequently used demotions as a tool to tighten his grip on the military.

North Korea is also holding a series of ceremonies to mark the completion of luxurious residential apartments, further ramping up its internal propaganda ahead of the big day.