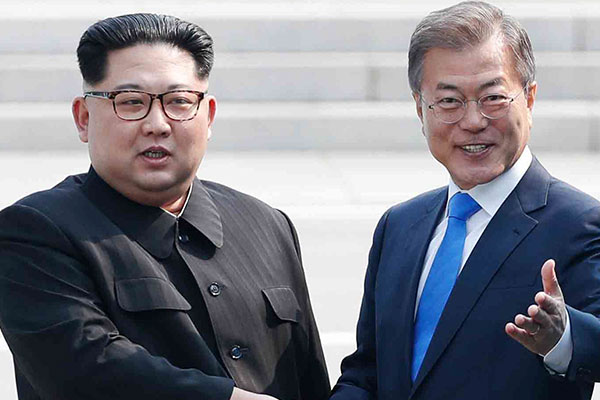 The leaders of South and North Korea have reportedly exchanged letters recently and expressed hope that inter-Korean relations will develop if the two sides work toward the goal.

Kim reportedly received a letter from Moon on Wednesday and sent a reply the next day.

The KCNA said the leaders shared the view that inter-Korean relations will improve and develop as desired by the peoples of their nations if the two sides continue to work toward the goal.

Kim is said to have highly praised Moon for the hard work and suffering he endured for the great cause of the nation until the last moment of his term.

The KCNA said the exchange of the personal letters is an expression of the deep trust between the two leaders.

The report was not published in the North's ruling Workers' Party's official paper Rodong Sinmun available to North Korean citizens.