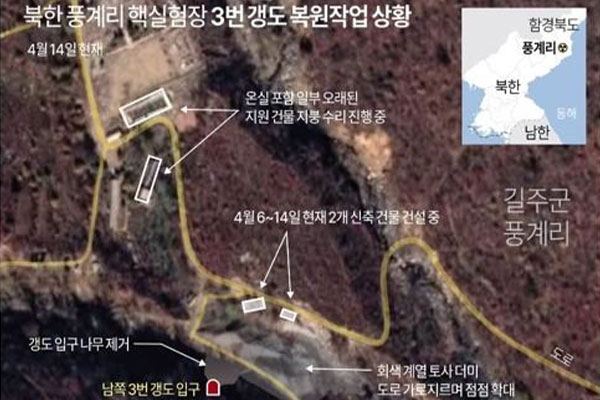 The U.S. has warned North Korea that it will continue to seek a new sanctions resolution at the United Nations Security Council(UNSC), should it push ahead with its seventh nuclear test.

U.S. Ambassador to the UN Linda Thomas-Greenfield shared this stance on Tuesday while speaking to reporters, citing that Pyongyang has recently been active with its test preparations.

Calling for a definitive implementation of existing sanctions against the regime, the U.S. diplomat said Washington plans to seek additional sanctions.

Top diplomats from South Korea, the U.S. and Japan, in response, jointly expressed their deep regret over the council's failure to adopt the resolution, despite the North's repeated violations of existing sanctions.

The resolution included lowering North Korea's crude oil import threshold from the current four million to three million barrels, and that of refined oil from 500-thousand to 375-thousand barrels.