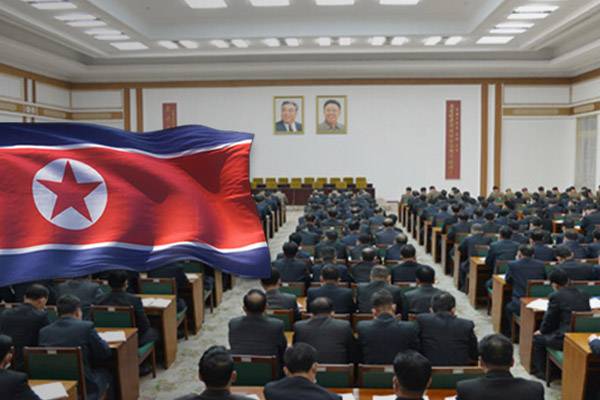 North Korea convened a ruling Workers' Party politburo meeting to set the agenda for a major party meeting scheduled for later this month.

The state-run Korean Central News Agency(KCNA) said on Wednesday that the participants at the meeting on Tuesday finalized the agenda and reviewed key policy documents to be submitted to the fifth plenary session of the eighth Party Central Committee.

With the absence of North Korean leader Kim Jong-un, the politburo meeting was presided over by Jo Yong-won, the secretary for organizational affairs of the party central committee. It was the first time that the regime leader failed to attend a politburo meeting.

Last month, the North said the central committee's plenary session would be held in early June for an interim assessment on the implementation of state policies set late last year and to decide on a "series of important issues."

Observers speculate that the upcoming session may offer insight into the policy direction the regime may take amid an ongoing nuclear standoff with the U.S., including preparations for its seventh nuclear test as well as the COVID-19 crisis.