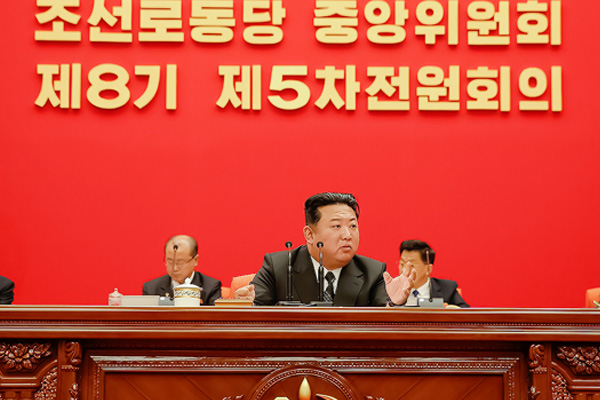 The Korean Central News Agency said that leader Kim Jong-un presided over the meeting and declared that the right to self-defense is a matter of defending national sovereignty and the North will not make any concessions on this front.

Reaffirming the principle of "power for power and a full-on battle," Kim said security circumstances surrounding the North are "very serious" and could further aggravate.

He said the situation urges the country to expedite efforts to achieve the goal of bolstering national defense.

However, there was no direct mention of a nuclear test or threatening remarks against South Korea or the U.S.

In the latest plenary meeting which sets the direction for state affairs for the year's second half, four major areas were discussed including organizational and policy issues, quarantine management and the revision of party regulations.

On COVID-19, Kim said the anti-epidemic operation has entered a new stage, shifting from a lockdown-centered system to prevention efforts based on both lockdown and eradication of the virus.

On the economy, farming and production of consumer goods were cited as top priorities.