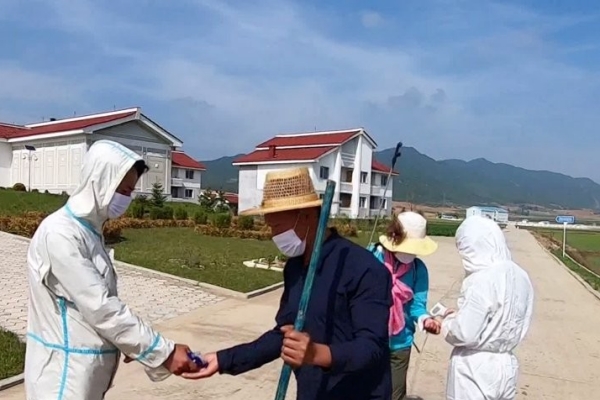 North Korea claims that cases of what it calls fever, presumed to actually be COVID-19, remain below 2,000 for a third straight day.

Citing data from the state emergency quarantine headquarters, the Korean Central News Agency said Saturday that around one-thousand-590 new fever patients were reported nationwide during the 24 hours from 6 p.m. Thursday to 6 p.m. Friday.

It said that during this period, close to 18-hundred patients made recoveries.

According to Korean Central Television, no new deaths are reported with the cumulative death toll at 74 and fatality rate at zero-point-002 percent.

North Korea has reported over four-point-seven million fever patients so far since late April. It also claims leaflets and other articles from South Korea have been found at various locations in an apparent attempt to link them to the continued outbreak.

The KCNA said that scientific institutions were drafting measures to detect the inflow of omicron variants by analyzing samples and what it called "alien things," possibly referring to leaflets flown across the border.

Last week, the North argued that its first COVID-19 cases emerged from an area near the border with South Korea, apparently blaming the South for the outbreak.