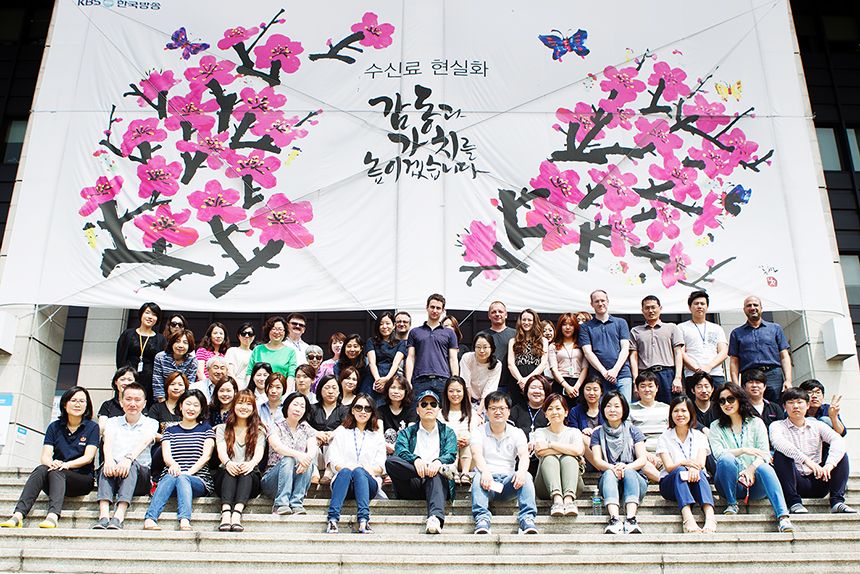 By providing a variety of accurate and up-to-date programs and news on Korea's politics, economy, society, culture and traditions to our audience and netizens, KBS and KBS World Radio seek to strengthen friendly ties and an understanding of Korea among people in the global community. In addition, we provide a bridge between Korea and the some seven million overseas Koreans who are missed by their loved ones back home.

KBS World Radio will be with you

KBS World Radio programs are carefully designed for an international audience - from accurate and up to date news to programs that portray the full spectrum of emotions and instill pride in Koreans all over the world.

In order to provide the best possible reception to our audience, KBS World Radio transmits directly from domestic facilities, as well as through program exchange with Canada and the U.K. and through relays to Europe, the Americas, Asia, the Middle East and Africa.

KBS World Radio is advancing into a wider variety of media outlets. Beginning in August 2003, four of our services (English, Russian, French and German)started serving listeners in Europe, North America, Middle East and Africa through the World Radio Network for 30 minutes a day. Our 30-minute Arabic service also joined the WRN platform beginning in July of 2006.

Since the termination of the transmission exchange agreements with Radio Canada International (RCI) in June 2012 and with BBC World Service in March 2013, KBS World Radio has leased airtime from World Radio Network (WRN) and Babcock Communications Ltd to improve the reception conditions for its shortwave broadcast of the German, French, Spanish, Russian and Korean language services.

KBS World Radio has been working to improve and expand our Internet service. Since its inception in 1997, the KBS World Radio Internet homepage has provided the world's netizens with a variety of audio and video contents in 11 different languages.

Our programming is available on two real audio stream channels around the clock, and music lovers can enjoy the latest K-pop hits any time of day through our music player. Our site offers an endless array of rich information about Korea's history, culture, tourism and more.

We continually renew our Web site to maximize interaction with visitors all around the world. We're expanding and strengthening our blogs, UCC contents, podcasts, and message boards to meet the ever-increasing demands for those multi-media services.

We are actively embracing new digital media platforms. Our mobile Web site provides you with easier and faster access to our latest programs in 11 different languages on your mobile devices. And our Facebook Page and Twitter account help you stay better connected with us online.

KBS World Radio is breaking down the barriers between various media formats. We will continue to provide more and more multi-media contents on new online platforms to stay at the forefront of the rapidly evolving broadcast industry.