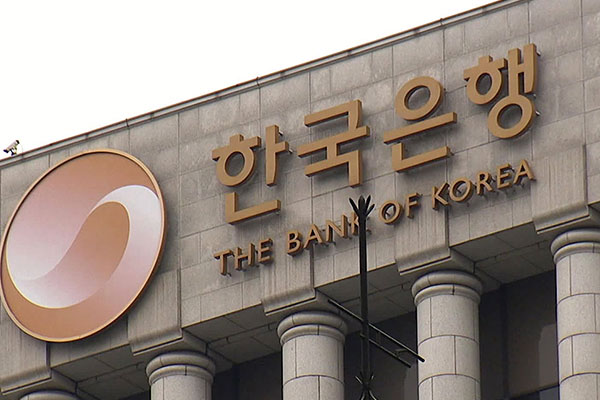 The Bank of Korea(BOK) said the U.S. Federal Reserve’s decision to raise its benchmark short-term interest rate by half a percentage point was in line with market expectations.

The central bank made the assessment on Thursday during a virtual meeting to review market conditions.

The bank’s assessment comes after the Fed raised the key interest rate and set a new target range of zero-point-75 to one percent during a meeting of the Federal Open Market Committee on Wednesday.

It marked the first time in 22 years the Federal Reserve raised the key rate by half a percentage point.

Lee said uncertainties abroad also remain high due to the prolonged Russia-Ukraine war and a slowdown in China’s economic growth.

Lee called on the meeting’s participants to further strengthen their monitoring of developments regarding overseas risk factors and to thoroughly review the possible impact such factors could have on the nation’s financial and foreign exchange markets.

A report from JP Morgan stated that the BOK will make back-to-back hikes of zero-point-25 percentage points over four meetings by October with the interest rate to reach two-point-five percent at the end of the year.

It also predicted that an additional zero-point-25 percentage-point increase will happen next January, pushing the interest rate to two-point-75 percent.

Based on the wording used in the recent BOK minutes from its April meeting, the report determined that the central bank expressed concerns over the second-round effect of inflation caused by a loop between real inflation and inflation expectations.

The BOK is set to hold its next rate-setting meeting on May 26.