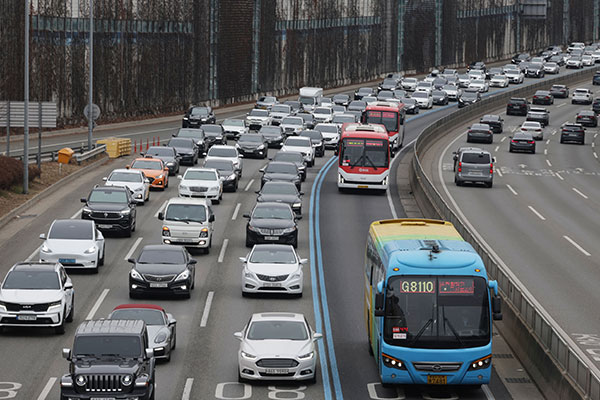 Over 26 million people nationwide are expected to travel during the Lunar New Year holiday.

According to the Korea Transport Institute, 26-point-48 million people are forecast to travel between Friday and next Tuesday, equivalent to roughly the population of the entire Seoul metropolitan area or over half of the country.

Ninety-one-point-seven percent are expected to travel by car, while three-point-eight percent are predicted to ride the intercity bus, three percent trains and one-point-one percent airplanes.

During the holiday, expressway toll fees are lifted and bus-only lanes will operate for an additional four hours from 7 a.m. to 1 a.m. the following day.