One Year since Japan’s Export Restrictions against S. Korea 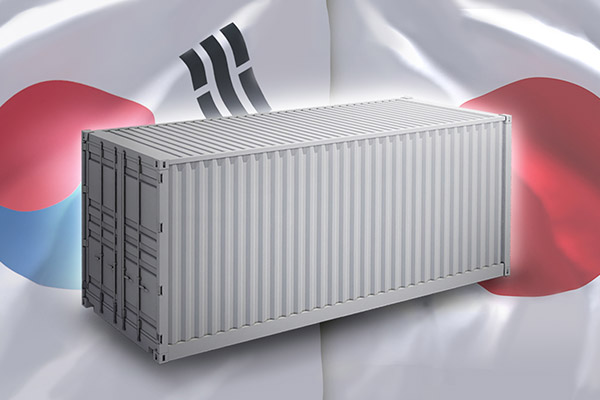 It’s been a year since Japan abruptly imposed export restrictions on some key materials for South Korea’s semiconductor and display industries. Contrary to initial concerns about possible setbacks in South Korea’s semiconductor production, it has managed to diversify import sources and develop its own domestic variations in the field of materials, parts and equipment. Here is Professor Kim Gwang-seok at Hanyang University Graduate School of International Studies to examine how Korea has coped with Japan’s export curbs during the past year.

On July 1, 2019, Japan announced tighter export controls on some industrial materials bound for South Korea. On July 4, Tokyo put that plan into action. The three materials are fluorinated polyimide, photoresist and hydrogen fluoride, which are critical for semiconductor and display production. Apparently, Japan believed that the export curbs would disrupt production in South Korea’s key industries and therefore weaken its competitiveness.

In July last year, Japan’s economic measures against South Korea came as a shock, as they regulated Korea-bound exports of key materials. They are used for the production of semiconductors and smartphones, which are South Korea’s major exports. Japan’s economic retaliation did not end there. On August 28 last year, the Tokyo government removed South Korea from its list of countries benefiting from preferential trade procedures. Under the measure, Japanese exporters would be required to seek government approval of over 1,100 items heading to South Korea. Japan’s trade restrictions were estimated to result in a 2.8 percent decline in sales of South Korean companies and a 1.9 percent decrease in their operating profit.

One year later, however, the situation was reversed. On the whole, South Korean firms suffered no major damage from the restrictions, which turned out to be not as disruptive as initially thought. At the same time, South Korea has sought to wean itself off Japanese materials and parts.

In a survey by the Federation of Korean Industries conducted on 149 South Korean companies that import products from Japan, most respondents said their competitiveness has improved. The survey shows that competitiveness has increased, especially in electronic parts, computers, videos, and sound and communication equipment that include chips and displays.

In 2018, 93 percent of South Korea’s trade deficit with Japan came from the former’s imports of materials, parts and equipment from the latter. But South Korea has accelerated the process of securing independence in these three fields, as the government pledged to nurture the relevant industries. Meanwhile, local companies have diversified suppliers and produced the necessary materials domestically.

In the case of hydrogen fluoride liquid used in display production, South Korea has secured suppliers in the U.S. and China. As a result, imports from Japan fell to just one-fourth of the level before the restrictions took place. Photoresist, among others, initially had the highest dependence on Japan. But South Korean companies moved quickly to import the material, which is essential in printing circuit boards on semiconductor wafers, from a third country, Belgium. Fluorinated polyimide, used in flexible displays, was not a major concern in the first place as progress had already been made in domestic production even before the regulations.

Initially, South Korea pushed for the domestic production of materials, components and equipment to cope with the crisis, and these efforts contributed to the eventual breakaway from its reliance on Japan. For Japan, on the other hand, the export regulations have only backfired.

Japan slapped export curbs against South Korea as retaliation. It was for the Korean top court ordering Japanese companies to compensate Korean wartime victims of forced labor. But even within Japan, many agree that the trade restrictions have caused more damage to Japan than the other way around, saying that Japan has lost both justification and practical benefits. Japan is even worried about its reduced presence in the Korean chip and display industries, which have high growth potential. In the past, the growth of these Korean industries meant the growth of Japanese exporters. But now, they can’t enjoy the booming business, even though these Korean industries continue to grow.

Also, South Koreans have been boycotting Japanese products since July last year, negatively affecting Japanese fashion, food and tourism industries. Some Japanese firms, including carmakers, have been forced to even close their business in Korea. In the end, Japan’s export curbs against South Korea have hit its own economy like a boomerang.

South Korea’s two chipmakers, Samsung Electronics and SK hynix, hold more than a 60 percent market share in the global memory sector. That means they are major clients of Japanese exporters of materials, parts and equipment. However, as South Korea is increasingly turning to locally-made products, it is becoming less dependent on Japan. Amid the ongoing boycott of Japanese goods in Korea, Japanese fashion retailer Uniqlo saw its net profit drop by 11.9 percent, while South Korean tours to Japan more than halved from July to the end of last year.

It’s too early to settle down now. South Korea’s semiconductor industry is still highly dependent on Japan for many items. Also, the number of products subject to export controls may increase, due to the deteriorating relations between the two countries. The Korea International Trade Association says that Japan might impose export restrictions on additional items with a high reliance on Japanese imports. This includes base oil, chip manufacturing equipment and plastic products. So Japan’s export regulations may spread to other industries. Having this possibility in mind, South Korea should focus on diversifying its import portfolio and producing the items locally.

Japan’s export restrictions have turned out to be a blessing in disguise for South Korea. But the development is not enough to overhaul the trade structure, in which Korea has never recorded a trade surplus with Japan since the two countries normalized diplomatic ties in 1965. Their legal battle within the World Trade Organization is another obstacle they have to overcome.

South Korea filed a complaint with the WTO against Japan over the export restrictions in September last year but suspended it in November. South Korea instead requested Japan to lift its export curbs by the end of May this year. As Japan remained unresponsive to South Korea’s call, the Seoul government has reopened the case and asked the WTO to open a dispute-settlement panel to examine Japan’s export regulations. So, the two countries are still at odds over this issue.

It’s been a year since the eruption of the trade conflict between South Korea and Japan. Unfortunately, the two sides still remain poles apart over the trade issue. In fact, the two neighboring countries should cooperate for many important matters, including the reestablishment of global supply chains in the wake of the COVID-19 outbreak, the North Korean nuclear issue and the row between the U.S. and China.

Japan should retract its unproductive export controls against South Korea as early as possible and seek cooperation through dialogue.