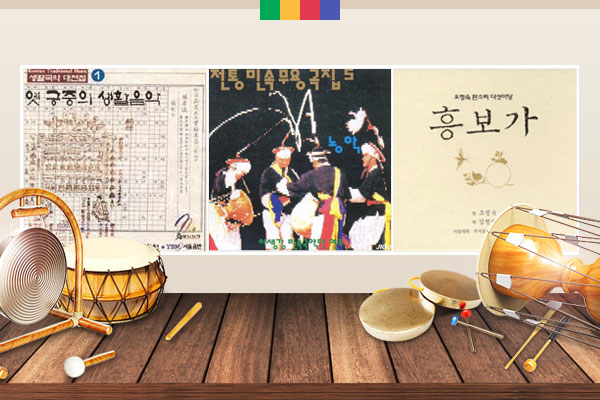 BTS member Suga, also known as rapper Agust D, released a solo rap song titled “Daechwita” earlier this year to cause a worldwide sensation and a flurry of interest in a Korean traditional music genre of daechwita. Daechwita was military parade music played when Joseon-era kings went outside the palace. The words “chwi” and “ta” each mean to blow and to beat, indicating the use of wind and percussion instruments. In the old days, kings rarely appeared outside the palace, so when he did, people crowded the streets to get a glimpse of him. The royal parade would be spearheaded by drummers or horn blowers, while the rear part would be supported by the musicians playing such wind instruments as the piri피리 and daegeum대금 and the string instrument of haegeum해금. When daechwita is performed, the band leader raises a baton called the “deungchae등채” and shouts out “myeonggeumilha daechwita명금일하 대취타,” which means to play daechwita when the gong is struck once. Here is the Court Music Orchestra of the National Gugak Center playing “Daechwita.”

In BTS member Suga’s “Daechwita,” the very beginning part is sung by piri virtuoso Cheong Jae-guk정재국. Although daechwita is mainly played with wind and percussion instruments, traditional wind instruments like the nabal나발, or brass horn, and the nagak나각, or seashell horn, can only play a single note, and cannot play melodies. The instrument that is in charge of that role is the taepyeongso태평소, a wind instrument also referred to as the hojeok호적 or soinap쇄납 in ancient documents. While most Korean wind instruments are made out of bamboo trees, taepyeongso are made of hardwood like jujube trees and has a cup-shaped metal bell at the end to amplify the sound. It makes a loud metallic sound perfect for outdoor performances. Taepyeongso was often played for military events and Buddhist rituals as well as in farmers’ band shows. There is an exciting taepyeongso piece called “Neungge능게,” which resembles a Gyeonggi-do folk song named “Changbutaryeong창부타령,” but it was prone to improvisation. The Neungge melody was featured in Seo Taiji서태지 and Boys’ “Anyhow Song” to win much interest among the general public in the early 1990s. Let’s listen to taepyeongso virtuoso Lee Saeng-gang’s performance of “Neungge.”

Ever since western music was introduced to Korea, traditional and western music have constantly influenced each other. Folk songs in the new K-pop style have grown quite popular and have become a bona fide genre of traditional music by none other than professional pansori singers. These two entirely different types of music have crossed boundaries to show new musical possibilities. The last piece for this week’s Sounds of Korea is a passage from pansori “Heungboga,” in which Nolbo kicks Heungbo out of his home. The male duet named Yukgaksu육각수 won first place in the Riverside Song Contest in 1995 with “Heungbo Is Shocked.” The duo’s song was based on that very passage from “Heungboga.” Given that young people were not that familiar with gugak at the time, this song was considered an exceptional attempt. It became a huge hit, even coining a new term “pansori rap.” We hope to see more intriguing and unique music to come out of the merger of western and traditional music and we’ll close today’s show with Oh Jeong-sook’s rendition of the passage from pansori “Heungboga,” where Nolbo kicks out Heungbo.