U.S. Trade Panel Rules in Favor of LG against SK in Battery Dispute 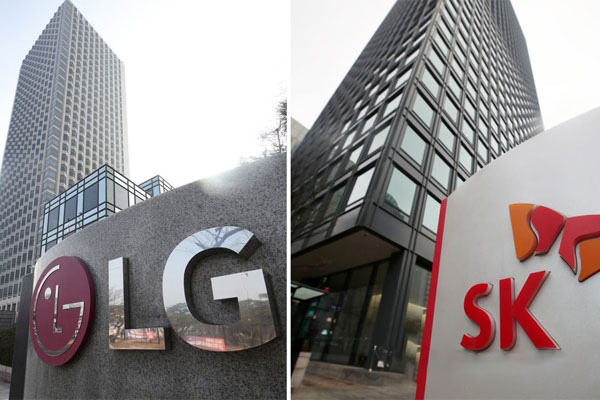 South Korean battery maker LG Energy Solution has defeated its domestic rival SK Innovation in a battery dispute that has lasted for nearly two years. On February 10th, the U.S. International Trade Commission or ITC made a final ruling in favor of LG, which accused SK of stealing its trade secrets.

The legal dispute drew international attention as it is an unusually large-scale one between Korean companies. On top of that, it is related to electric vehicle batteries that have emerged as one of the next-generation growth engines. Obviously, the ITC ruling has given LG an upper hand while putting SK in an unfavorable position.

Here is Kim Dae-ho, director of the Global Economic Research Institute, to discuss how the battery battle between the two Korean firms may evolve after the ruling.

LG and SK have long been mired in a battery patent infringement dispute. In its recent ruling, the ITC supported LG’s claims that SK had stolen trade secrets related to battery tech by hiring ex-employees of LG.

The U.S. trade panel banned SK from importing batteries and related components to the U.S. for ten years. But the trade commission allowed SK to continue to import battery components for a limited time for U.S. operators of Ford Motor and Volkswagen. This is so the U.S. automakers can find other battery suppliers. Accordingly, SK can import components for production of battery products for Ford Motor for four years and Volkswagen, for two years.

Although SK has lost the case, it is still pinning its last hope on U.S. President Joe Biden, who could choose to reverse the ITC ruling. The governor of Georgia, where SK is constructing its battery plants, has actually called for President Biden to exercise a veto against the ruling.

Electric vehicle batteries are one of the sectors Biden pushes to promote, in line with his stance to boost eco-friendly businesses. A halt to SK’s business operation in the U.S. for ten years will affect electric vehicle makers and other environment-related industries in the States. In this vein, Biden could decide to overturn the ITC’s decision. Also, SK’s battery business has a tremendous effect on job creation in the state of Georgia. Considering SK’s contribution to the regional economy in Georgia, Biden may go against the ITC’s ruling that would lead to the loss of many jobs.

However, it is widely believed that Biden will not veto the ruling. The Biden government puts pressure on China by taking issue with intellectual property theft and forced transfer of technology. In this situation, it will not find it easy to make a decision that might seem to support SK’s trade secret infringement.

If Biden does not override the ITC ruling, SK will be left with two choices. It may proceed with legal procedures to appeal the ruling or sit with LG for negotiations. A long-drawn-out legal battle will pose a considerable financial burden on both companies, and it seems more appropriate for them to reach a compromise. But the two sides appear to be far apart from each other on the amount of settlement money.

There are two stumbling blocks in the way of their compromise. First, the question is whether the two companies will agree on the settlement amount. While the companies do not reveal specific figures, industry sources say that LG is asking SK to pay a few billion dollars in compensation, while SK is offering hundreds of millions of dollars.

Apart from the big gap in the amount of financial settlement, the legal battle is about both companies’ pride and credibility. They have advocated their own claims so far. If one side surrenders, its main businesses, including batteries, will be hit hard and will negatively affect consumers. The key is whether they will be able to hammer out an agreement that would protect the pride of both companies.

The two companies also have different interests on how quickly the dispute will be settled. For LG, it is desirable to end the dispute promptly because it can wrap up the negotiations in a strong position. But SK is different. Having missed the chance to win, it has to accept unfavorable negotiating conditions for now.

A grace period of up to four years was granted for SK’s U.S. clients. That means the company can do its business in the U.S. for up to four years, even if Biden does not veto the ruling and SK fails to come to an agreement with LG. If SK chooses to appeal the ruling, it can postpone the recent ITC decision until additional legal proceedings end. The ban imposed by the ITC prohibits SK from importing lithium-ion battery products to the U.S.  If SK produces new batteries based on its own technology, the situation will be different. Given that, SK doesn’t have to rush. SK may take a hard-line stance toward LG, saying that it will not agree on a settlement unless it is given a proper escape route without losing face.

A prolonged deadlock in negotiations between LG and SK will inevitably deal a blow to the Korean battery industry. Three Korean battery makers, along with Samsung SDI, accounted for 34.7 percent of the global market last year. But Chinese and Japanese makers are desperate to eat into the Korean firms’ global market share. Meanwhile, the European Battery Alliance is seeking to become self-sufficient in battery production within the region.

With the global electric vehicle battery market estimated to reach 200 billion US dollars in 2030, a drawn-out dispute between Korean companies will only please their foreign rivals.

The fight between LG and SK will only benefit Chinese and Japanese battery makers. Having started the battery business relatively early, South Korea is ahead of others in technology, but the technological gap is not very big. If Korea is off guard, the situation could be reversed at any time. Japan, in particular, is following this dispute closely. The two Korean companies should put an end to this internal feud and settle the matter from a broader point of view. I think it would be ideal for the top management of the two companies to reach an agreement.

Batteries are regarded as the future growth engine, following semiconductors. In Korea, expectations are running high for the so-called “K-battery alliance” consisting of three battery producers such as LG, SK and Samsung, and automaker Hyundai Motor and its affiliate Kia. At least for the successful collaboration between battery manufacturers and the carmakers, we hope that LG and SK will make a strategic decision based on long-term and future-oriented thinking.