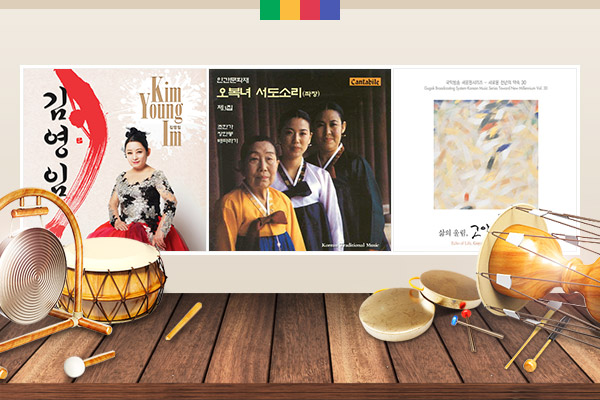 Emperor Taizong of Tang once sent Queen Seongdeok성덕 of Unified Silla a painting of a garden with flower seeds. Seeing not a single butterfly in the painting of beautiful flowers, the queen said the flowers must not be fragrant and her prediction turned out to be true when the seeds were planted and blossomed. The Chinese emperor’s action was meant to insult the Silla queen’s unmarried status, as back then it was considered one of the most important duties of the royalty to marry and produce an heir. Anyway, people of the old likened married couples to a pair of a butterfly and a flower. Although we still see plenty of flowers in cities, butterflies have become a rarity these days. So let’s start off today’s episode of Sounds of Korea with a song about butterflies. There is a famous poem titled “Butterfly, Let’s Go to Blue Mountain” set to a piano tune. It goes somewhat like this.

Butterfly, let’s go to Blue Mountain. Swallowtail, you come with us, too.

If the sun sets, let’s sleep among the flowers.

If the flowers turn us down, let’s sleep among the leaves.

April 4th was Cheongmyeong청명, one of the 24 seasonal divisions of the year. Cheongmyeong, which literally means clearing skies, implies the most vibrant times of the year. There is even an old Korean saying that goes even a stick sprouts if it is planted on Cheongmyeong. April 5th was Hansik한식, one of the four greatest traditional holidays, along with Seol, Dano and Chuseok. Hansik is the day when Koreans eat cold food, food that does not require cooking or heating. In the old days when fire was essential in cooking and heating, it was important not to keep fire burning in the furnace. But on Hansik Koreans put out old embers and received new ones. It was also the day when Koreans tended to their ancestors’ graves and held memorial services. Cheongmyeong and Hansik usually fell on April 4th and 5th on the solar calendar, when spring is at its peak, when nature is at its greenest and most beautiful. A song of the western region titled “Jejeon” is about a woman holding a memorial service for her late husband at his grave. The song describes how she spreads out several of her husband’s favorite foods and wine in front of his tombstone so that his spirit would come and enjoy them. Then she would blame her husband for dying so soon and leaving her all alone. Here’s Kim Jeong-yeon singing “Jejeon.”

Now is the time of the year when farmers are the busiest, tilling the land and watering the field before planting rice seedlings. The apparatus that brings up water from the reservoir into the rice paddies is called “yongdure용두레” in Korean. A yongdure is a long bucket carved out of a log that is hung from a high support to draw water. It usually took two or three people to operate this apparatus, so teamwork was important, and what was most effective in boosting energy during hard labor? It was singing. Korean ancestors found that working in unison to a cheerful tune can make work go faster and easier, which is why there are several labor songs distinct to each region. Today we will listen to a yongdure work song passed down in the Goyang region in Gyeonggi-do Province. Here is Goyang Deulsori Preservation Society singing “Song of Yongdurejil.”