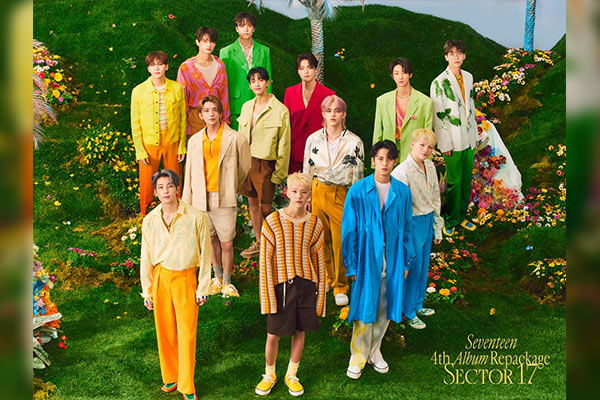 Seventeen will be performing on the US late-night talk show “Jimmy Kimmel Live” this week. It will be the group’s second appearance on the talk show.

The band will perform “Hot”, the lead track of its fourth full-length album “Face the Sun” which dropped in May. “Face the Sun” ranked on the Billboard 200 Albums chart for seven consecutive weeks, becoming the group’s longest-running album on the chart.

The appearance will also help promote Seventeen’s North American portion of their world tour, “Seventeen World Tour [Be The Sun]” which kicked off in Seoul in June.