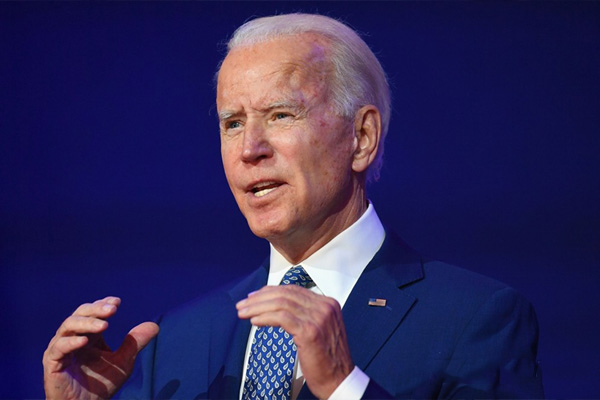 Joe Biden has won the presidential election to become the 46th president of the United States. The upcoming U.S. leadership change will mark a major turning point in diplomacy surrounding the Korean Peninsula. Biden is expected to scrap current president Donald Trump’s top-down approach toward addressing the North Korean nuclear issue. Rather, he is likely to adopt a bottom-up strategy, in which working-level negotiations take place first, followed by high-level meetings and then summit talks. For this reason, some analysts say that Biden’s election win might be disadvantageous for North Korea. Let’s hear from political commentator Lee Seung-won.

Trump wasn’t a career politician. He was regarded as a sort of maverick, who wasn’t even recognized within the Republican Party.

He has led domestic politics by using methods that previous leaders had not attempted or experienced. He has also dealt with North Korea-related issues in the same way. He even held a historic summit with North Korean leader Kim Jong-un twice, once in 2018 and again in 2019.

Biden, on the other hand, is a typical politician who has served more than 30 years as a U.S. senator. He expressed his negative view on the 2018 North Korea-U.S. summit in Singapore and stressed several times that he would first let working-level officials manage nuclear negotiations. A bottom-up approach takes a considerable amount of time, and I think North Korea will feel rather uncomfortable about Biden.

Biden served as Barrack Obama’s vice president. Therefore, some analysts predict that he will inherit Obama’s North Korea policy known as “strategic patience,” which made the U.S. wait for North Korea to give up its nuclear programs under economic sanctions and pressure. Some others, however, believe that Biden will not repeat the “strategic patience” approach because the situation is different now.

In 2012, the U.S. and North Korea reached an agreement, which turned out to be Washington’s only deal with Pyongyang under the Obama government. Under the February 29th deal, North Korea agreed to freeze its nuclear program in exchange for food aid from the U.S.  But the agreement fell apart in less than two months, as North Korea fired a long-range rocket. The U.S. had every reason to distrust the communist regime.

North Korea is much different now. When it conducted an intercontinental ballistic missile test in November 2017, it declared the completion of its nuclear force. Its nuclear program has moved on to pose a greater threat to the U.S. Biden, as a foreign affairs expert, may come up with a diplomatic strategy to provide a breakthrough at the last minute. Biden’s presidency is described by some as the third-term Obama administration. But things could be different, as far as North Korea-related issues are concerned.

Attention is also being drawn to whether Biden will meet North Korean leader Kim Jong-un. In fact, the two men have exchanged harsh words with each other. During the election campaign, Biden called the North Korean leader a “dictator” and a “thug.” North Korea, too, poured out raw criticism of Biden, calling him a “rabid dog who is greedy for power.”

But it doesn’t mean the possibility of their summit has been eliminated entirely. North Korea hurled sharp criticism at Trump in September 2017. But it changed its attitude later, and the two countries held their summit talks twice. In the final presidential TV debate last month, Biden said that he would meet Kim Jong-un on the condition that North Korea agrees to reduce its nuclear capabilities.

I think a summit is possible. Compared to Biden’s previous severe criticism of Kim Jong-un and Vladimir Putin, his remarks during the recent presidential debate indicate a positive change in his view on the North Korean leader.

Biden may attempt to hold a summit with the North Korean leader during the final years of his presidency for a diplomatic breakthrough. Former President Bill Clinton had planned to visit Pyongyang during his final months in office, and another former President George W. Bush mentioned the declaration of a formal end to the Korean War and a peace treaty during his second term. If the past is any guide, Biden may possibly take a similar action.

Most experts predict that North Korea-related issues will be put on the back burner in the early stage of the Biden administration. The incoming U.S. government will likely put priority on domestic issues such as the COVID-19 outbreak, the economy and racial conflicts. Even in diplomatic and security matters, it is expected to focus on restoring international trust and strengthening alliances with other countries first, rather than dealing with North Korea.

If the Biden government delays negotiations with North Korea, the North may push ahead with provocations. Pyongyang may deliberately stoke tension if it believes the new U.S. government is less interested in North Korea than the Trump administration.

North Korea may launch provocations at any time, depending on the Biden government’s attitude. Obama was inaugurated in January 2009. In April that year, he was preparing for his Prague speech calling for an end to nuclear weapons, when North Korea fired a rocket, which it claimed carried a satellite. The North continued with provocations, including a second nuclear test. Pyongyang went ahead with its third nuclear test, shortly after Obama’s second term started in 2013. North Korea chose provocations whenever it was unhappy about something or wanted to draw attention. In a sense, North Korea’s high expectations about the Obama government prompted it to resort to a series of provocations. Ironically, North Korea had a very hard time during the eight years of that government, due to strong sanctions. Having learned a lesson, North Korea may adjust the level and frequency of its provocations under a Biden presidency.

Meanwhile, the South Korean government is bracing for any change in regional diplomacy after Biden’s inauguration. A shift is anticipated in Washington’s North Korea policy, and South Korea’s mediating role is becoming increasingly important.

Biden is a diplomatic specialist and distinguished politician. He was elected to the U.S. Senate at the age of 29 and served for 36 years. I imagine he will make diplomatic efforts to prevent things from going to extremes.

The South Korean government will be able to persuade the U.S. and have influence on Washington’s North Korea policy, as long as it has diplomatic acumen and strong commitment to regional peace. Fortunately, Biden stresses the importance of alliances, and the Biden government may support Seoul’s policy engaging North Korea. One of the top priorities of the Moon Jae-in government is an end-of-war declaration. The Moon government is running out of time, so it should make greater diplomatic efforts to fulfill its goal.

Many expect that Biden’s serious attitude toward North Korea, compared to Trump’s impromptu approach, will help address North Korea-related issues more stably. The Bill Clinton administration contributed to moving peace process forward in close cooperation with the Kim Dae-jung government in South Korea. Given that, the Biden government might give South Korea a greater voice in negotiations. The Seoul government should keep an eye on how the Biden administration’s North Korea policy will unfold and devise an effective strategy to manage regional diplomacy.