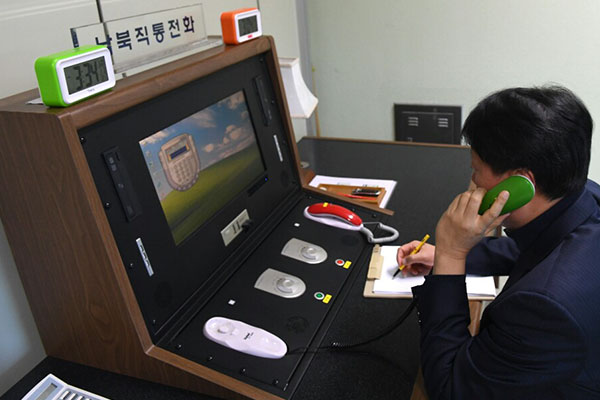 The government welcomed Tuesday's restoration of communication channels between the two Koreas after more than a year of severed ties, proposing to resume talks on cross-border issues.

Seoul connected with Pyongyang through the Panmunjeom channel at 10:00 a.m. and at the inter-Korean liaison office at 11:04 a.m.

The two Koreas had to set up new com channels early last year after staff members from the South were forced to abandon liaison offices in Gaeseong in the North amid COVID-19 concerns. The channels remained in place even after the North demolished the Gaesong liaison office building last June.

The two Koreas agreed to resume twice daily phone contacts at 9 a.m. and 4 p.m. The communication center in South Korea is stationed within the Unification Ministry in Seoul. North Korea has not revealed the location of its own contact center.
Share
Print
List