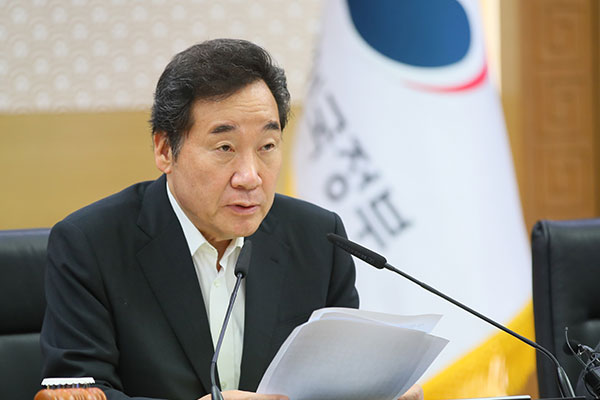 Prime Minister Lee Nak-yon said he deeply apologizes for the anxiety caused by a North Korean fishing boat that was able to reach some 130 kilometers into South Korean waters before being reported by a civilian.

Lee brought up the incident during a ministerial meeting on Thursday. The wooden boat carrying four North Koreans was reported early Saturday morning at the east coast port of Samcheok, Gangwon Province.

Lee pointed out that the boat reached the South Korean shore undetected, causing concerns over possible discrepancies in the military's maritime border surveillance.

The prime minister said that a joint investigation team should inspect details of the incident, including the state of the military and measures it had taken when it became aware of the boat.

He said that all findings will be open to the public and individuals found responsible for the incident will be held accountable.

He added that the government will fix problems in its surveillance system, equipment and attitude to prevent recurrence of such incidents.
Share
Print
List