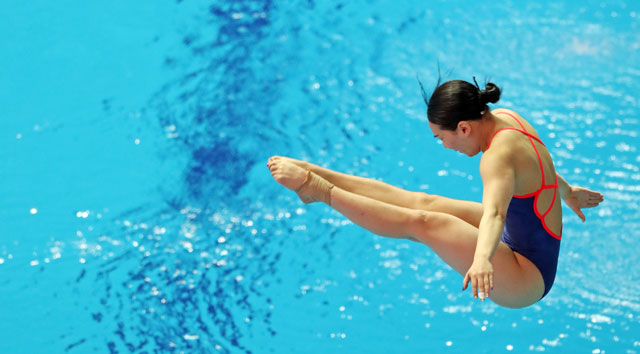 Kim on Saturday captured the bronze in the women's one-meter springboard held at Nambu University Municipal Aquatics Center in Gwangju.

She will chase her second medal at the FINA World Championships on Tuesday, pairing with male diver Kim Yeong-nam in the three-meter springboard and ten-meter platform combined.
Share
Print
List