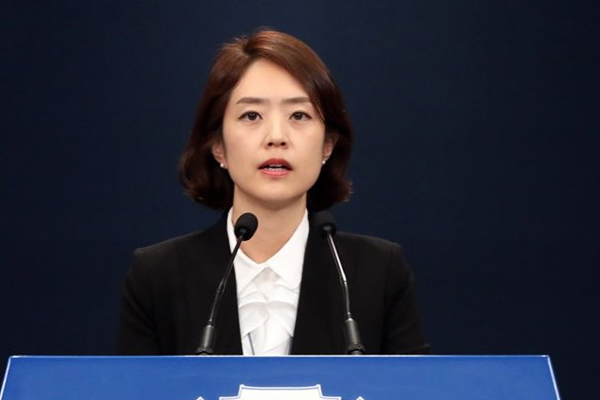 The presidential office says that it is in the best interests of the South Korean and Japanese people that Japanese Prime Minister Shinzo Abe "stay in line" when addressing bilateral issues between Seoul and Tokyo.

Presidential spokesperson Ko Min-jung relayed the stance during a news briefing on Monday when asked to comment on Abe’s remarks that South Korea should approach Tokyo first with answers to the ongoing trade row and other disputes.

Ko said Japan is being inconsistent with its stated rationale for restricting exports on key high-tech materials to South Korea, pointing out that Japan initially said the export controls were enacted due to security concerns, and then later said they were due to historical issues.

She said the government remains committed to compartmentalizing the past from the future in terms of its relations with Japan and will devote diplomatic efforts accordingly.
Share
Print
List