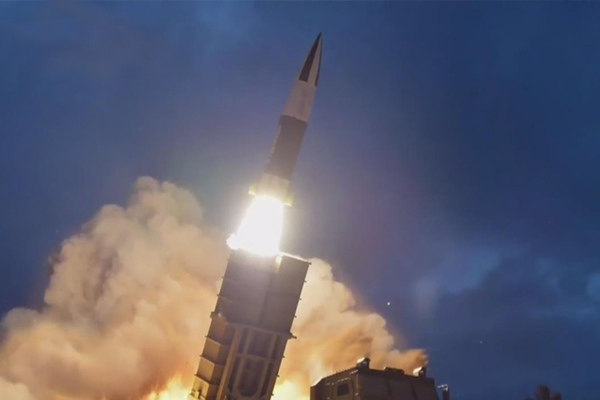 The North's Korean Central Television and Rodong Sinmun, the newspaper of the ruling Workers' Party, reported that new accomplishments were being continuously achieved in terms of strengthening national defense.

They praised recent results in high-tech weapons development as an "unprecedented, miraculous victory" and a "groundbreaking turning point" in stepping up the country's self-defense capacity.

The reports also said that Kim expressed satisfaction over the development of means of military strikes in a short period of time and their astonishing success rate.

Kim was also quoted as saying that the ruling party's goal in national defense is to possess military power unapproachable by any other country.

South Korea's Joint Chiefs of Staff said the North fired two unidentified short-range projectiles into the East Sea at 8:01 a.m. and 8:16 a.m. from the North's eastern coastal county of Tongchon.