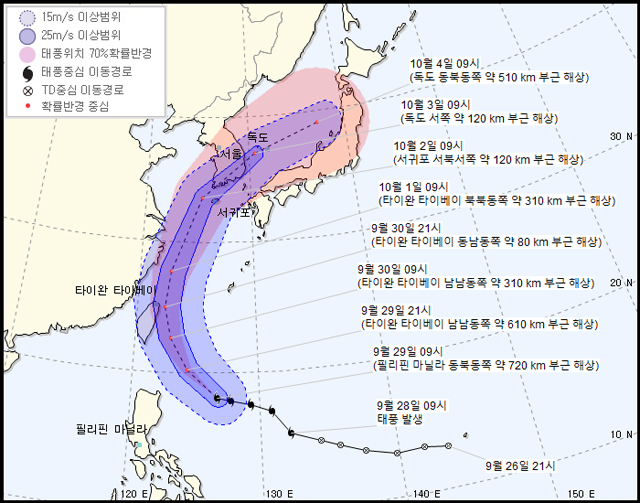 Typhoon Mitag, the season's 19th typhoon, is likely to affect the Korean Peninsula around Wednesday.

According to the Korea Meteorological Administration, the typhoon is moving west at a speed of 18 kilometers per hour in the waters 720 kilometers east-northeast of Manila, the Philippines as of 9 a.m. Sunday.

The weather agency said that the typhoon is expected to reach the waters of western Jeju Island on Wednesday morning and make landfall in the coastal areas of South Jeolla Province in the afternoon.

The typhoon is forecast to pass over the country's inland areas before heading out into the East Sea on Thursday morning.

The KMA said that the tropical storm is likely to bring heavy rains and strong winds across the nation, but it is hard to decide yet the intensity and the direction of the storm.
Share
Print
List