S. Korea to Chair WHO Committee, Named to Executive Board 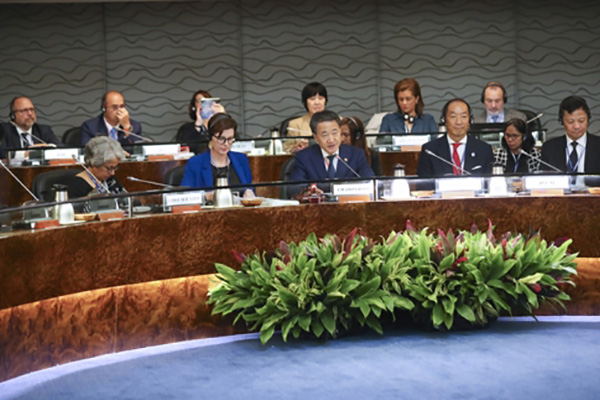 South Korea has been elected to chair a World Health Organization's(WHO) regional committee and internally named to serve as a member of the WHO's Executive Board starting May 2020.

The Ministry of Health and Welfare said on Wednesday South Korea began its chairing of the 37-member WHO West Pacific Regional Committee at the committee's annual assembly in Manila this week.

The regional assembly is considered the most important health-related ministerial gathering of 37 countries in the West Pacific that enforces and assesses various health initiatives while promoting regional cooperation.

During an informal meeting at the assembly, member states also decided to appoint South Korea as a member of the WHO's 34-member Executive Board.

If the WHO's General Assembly approves the appointment in May 2020, South Korea will begin its seventh three-year term on the board since joining the world health body in 1949.