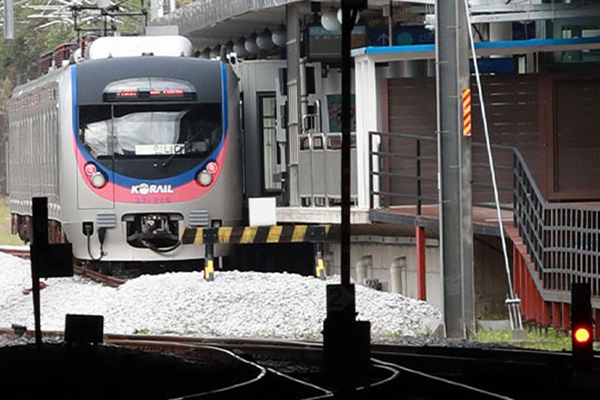 Unionized railway workers launched a three-day strike on Friday to press their demands for a pay raise and better working conditions.

The Korean Railway Workers' Union began the 72-hour strike at 9 a.m., saying that Korea Railroad Corporation(KORAIL) agreed last year to normalize salaries, reduce work hours and increase the number of workers in charge of safety-related work, but has not fulfilled those promises.

The union is also calling on the government to keep a promise to consolidate Korea's two high-speed rail services, KTX and SRT, into one operation. It plans to hold a rally on Friday afternoon to urge KORAIL and the government to implement the consolidation.

The Ministry of Land, Infrastructure and Transport plans to send substitute workers and provide alternative means of transportion such as intercity buses.

The ministry says commuter trains will run at normal or slightly less than usual levels.

However, it estimates the operation rates for KTX will be 72-point-four percent, while those for the slower Saemaeul and Mugunghwa passenger trains are forecast to be at 60 percent. The operation rate for cargo trains will likely fall to 36-point-eight percent.