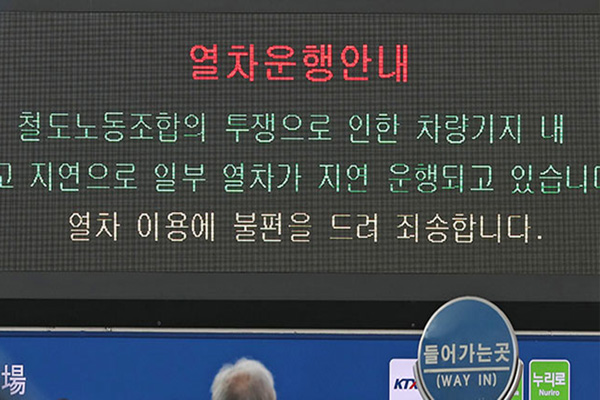 The so-called work-to-rule campaign will last until next Tuesday, and entails by-the-book maintenance and mechanical checks that may delay the departure and arrival time of trains.

The labor union is demanding that management increase the number of workers and withdraw a plan to adopt a wage-peak system. If their demands are not met, the union plans to launch a three-day walkout next Wednesday.

The union warned that it will stage a full-scale strike in mid-November if their demands are still not met.
Share
Print
List