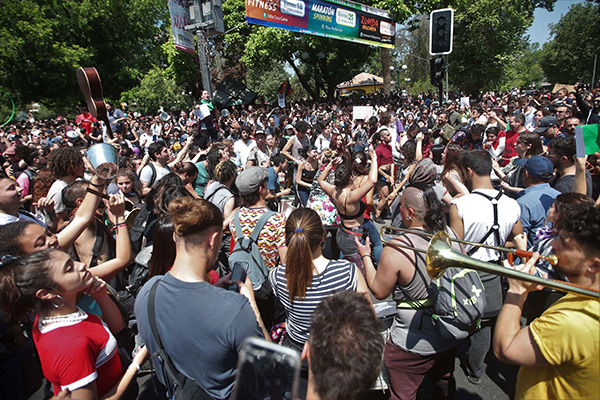 Seoul’s foreign ministry has issued a travel alert for Chile as anti-government protests in the South American country continue to grow increasingly violent.

The second lowest warning of South Korea's four-phase travel advisory system was issued Monday, advising nationals to refrain from traveling to Chile and those already staying in the country to take extra caution.

Earlier this month, the Chilean government announced plans to raise subway fares, sparking civil unrest. Although Santiago withdrew the plan, many Chileans continue to protest over other public utility fee hikes as well as the country's worsening income gap.

So far, more than 60 police officers and at least 15 civilians have been injured due to demonstrations nationwide, while over one-thousand-500 rally participants were arrested.
Share
Print
List