Moon Calls for Equitable Society in Budget Speech at Parliament 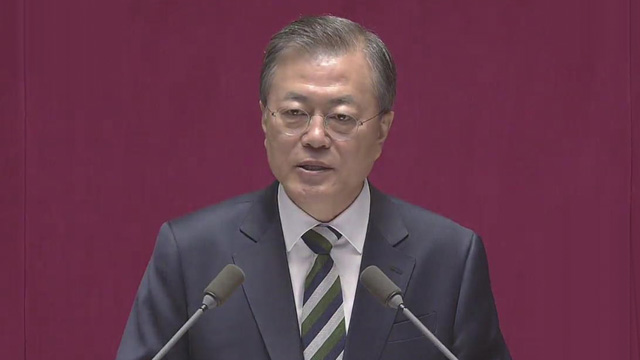 President Moon Jae-in called for an equitable society during his budget speech at the National Assembly on Tuesday.

Outlining his administration's policy stances and the direction and execution of next year's budget, which exceeds 513 trillion won, Moon said a "bold" fiscal policy will invigorate the economy and shelter the nation from global uncertainties.
Share
Print
List