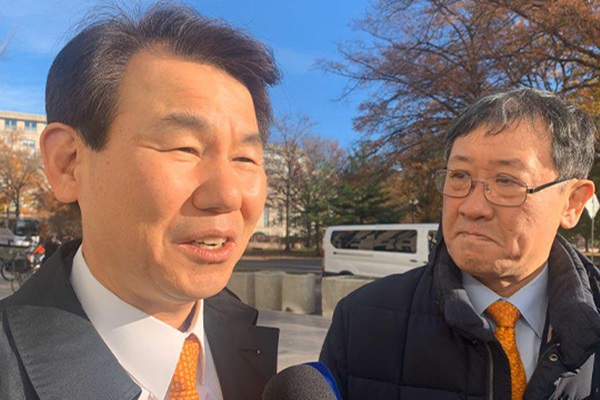 South Korea and the United States failed to come to an agreement in the fourth round of their defense cost-sharing talks in Washington.

Seoul's lead negotiator in the talks Jeong Eun-bo made the revelation on Thursday, saying Washington's demand for a sharp increase in Seoul's share remains unchanged.

After the two-day fourth round of talks, Jeong told reporters at Washington's Dulles International Airport that the two sides have not reached a concrete result and need to continue to narrow their differences.

The top negotiator added that it is accurate to say that the U.S. maintains its position.

Asked whether it would be difficult to strike a deal before the end of the year, Jeong said that South Korea will try hard to conclude negotiations by that time.

The allies will hold a fifth round of talks in Seoul later this month.
Share
Print
List