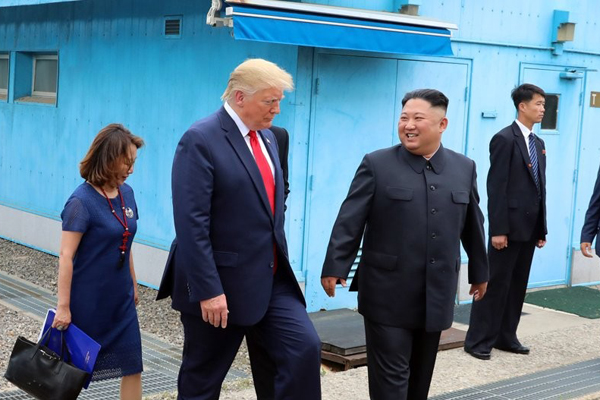 Speaking to reporters in Seoul upon his return from a three-day visit to Washington, National Security Adviser Chung Eui-yong said he met with Trump on Thursday. During that meeting, Chung said the U.S. president asked that President Moon Jae-in deliver a congratulatory message to leader Kim on his behalf. The North Korean leader celebrated his birthday on Wednesday.

[Sound bite: Chung Eui-yong - South Korea's National Security Adviser]
“While also sending his sincere greetings to President Moon, President Trump remembered that the day we met was North Korean leader Kim Jong-un’s birthday, and he gave a message of well-wishes for Kim. He then asked that President Moon deliver his message to leader Kim.”

Chung said the message had been appropriately delivered to the North.