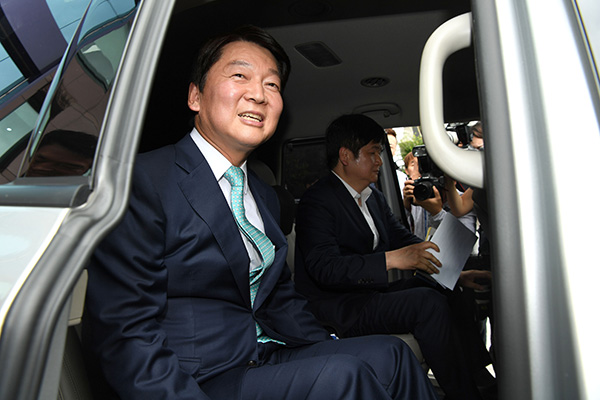 Former presidential hopeful Ahn Cheol-soo, who recently announced his bid to return to politics, reportedly says he has no intention to participate in the conservative bloc’s talks to form an alliance ahead of the general elections.

Ahn said in a statement Tuesday that the nation’s difficult situation requires a paradigm shift in how politicians view national innovation, not unity talks that are exercises in political engineering, according to an aide to the CEO-turned-politician.

The aide said that Ahn aims with his return to help create a country with a hopeful future, and that he seeks to reform South Korea's old politics of division, ideology and vested interests to realize social integration and national reform.
Share
Print
List