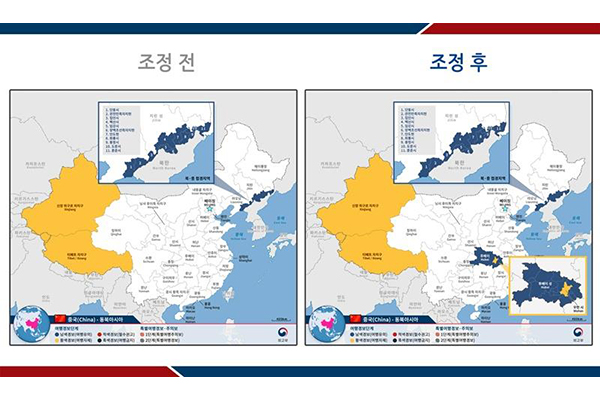 South Korea's Foreign Ministry on Thursday issued a travel alert for the Chinese city of Wuhan, the origin of the coronavirus outbreak, urging "restraint" in traveling to the city.

Restraint is the second level in the four-tier travel warning system. The lowest of "caution" has been issued for other areas in China's Hubei Province.

The ministry said the latest move follows an increase in confirmed cases of the virus which first occurred in Wuhan in December, and is also in consideration of measures taken by Chinese authorities to halt operation of public transportation in the city.

Wuhan has been in a state of temporary lockdown since Thursday morning with its transportation network cut off in an effort to contain the spread of the virus.

The Seoul government estimates a large number of the over one thousand South Koreans in Wuhan have left the city amid the coronavirus fear.

The ministry however does not believe it is at the stage to review an evacuation. It plans to keep close tabs on the related situation and any announcements by the World Health Organization and adjust the travel alert if necessary.

The next highest level in the four-tier system is advising an evacuation while the highest is a travel ban.
Share
Print
List