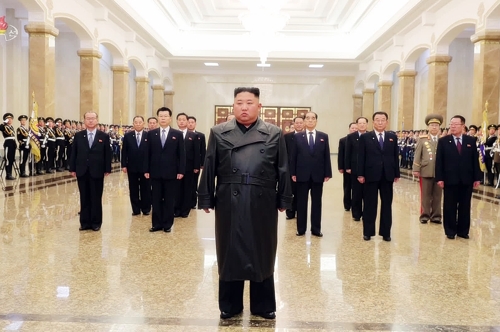 The North's state Korean Central News Agency reported on Sunday that Kim paid tribute at the Kumsusan Palace of the Sun in Pyongyang, where the bodies of his late father and former leader, Kim Jong-il, and his grandfather and founding leader, Kim Il-sung are laid to rest.

The report did not mention when the visit was made.

The visit came 22 days after he was last seen in public at a concert in Pyongyang celebrating Lunar New Year's Day on January 25.

It is also Kim's first public appearance since January 28, when the regime declared a transition of its quarantine system to the national emergency quarantine system to prevent the spread of the novel coronavirus, or COVID-19. North Korea has not confirmed any cases of the virus.
Share
Print
List