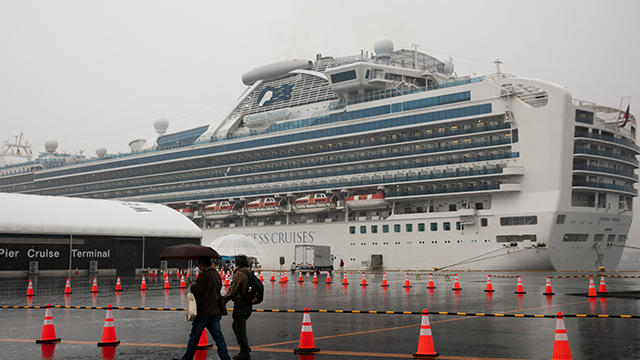 Japanese authorities say another 70 people aboard a quarantined cruise ship in Japan have tested positive for the novel coronavirus or COVID-19.

Appearing on the public broadcaster NHK on Sunday, Japanese Health Minister Katsunobu Kato said that 70 new cases of the COVID-19 have been confirmed from the virus-hit Diamond Princess cruise ship presently quarantined in Yokohama.

The additional cases take the total number of confirmed infections aboard the vessel to 355 since ten patients were confirmed on February 5.

Currently, the overall number of confirmed cases in Japan stands at 408, including those reported in the vessel, which has been quarantined in Yokohama since February 3.  Some 37-hundred passengers and crew were aboard the ship at the time.
Share
Print
List