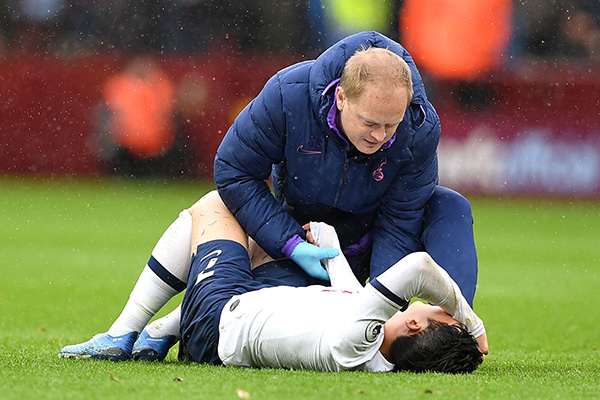 Tottenham Hotspur boss Jose Mourinho said he doesn't expect Son Heung-min to play for the rest of this season following an arm injury during a match against Aston Villa last Sunday.

At a press conference on Wednesday, a day ahead of Tottenham's Union of European Football Associations(UEFA) Champions League round of 16 match against RB Leipzig, Mourinho said he's not going to count on Son again this season.

Tottenham's South Korean forward is scheduled to have surgery this week after fracturing his right arm during Sunday's match, in which he scored twice.

Earlier on Tuesday, a Spurs statement said Son would be sidelined for "a number of weeks" with the injury. It’s expected to deal a heavy blow to Tottenham, with its English striker Harry Kane already sidelined with a hamstring injury.
Share
Print
List