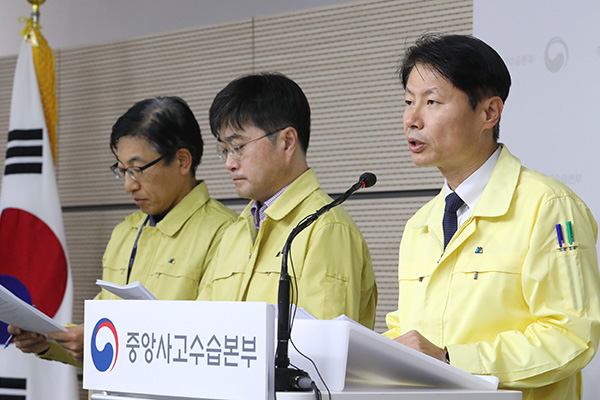 The South Korean government believes COVID-19 has begun to spread among the general public.

Vice Health Minister Kim Gang-lip, who is also the deputy of the central disaster relief headquarters, said Thursday that although epidemiological surveys of the latest patients have not been completed, authorities consider the virus' recent spread to be very serious.

Kim, however, said the government will maintain its crisis alert at the second-highest level of "vigilance," as the spread remains limited to specific regions.

Stating that the country is likely facing the early stages of the virus’ circulation among the general public, Kim said the government will continue to block its entry from overseas while focusing on early detection.