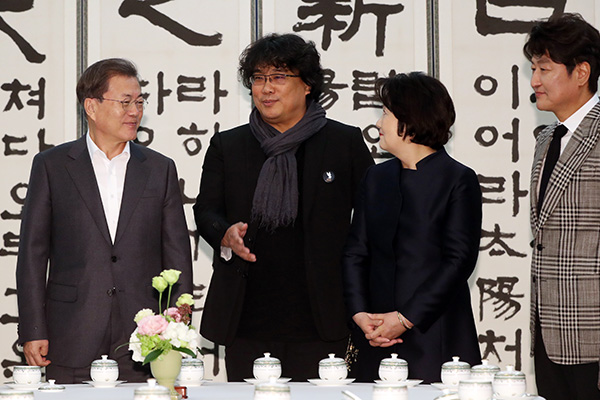 President Moon Jae-in on Thursday held a luncheon at the presidential office for director Bong Joon-ho as well as the cast and crew of “Parasite,” which won four Oscars.

Moon said he is deeply proud of how the black comedy wrote a new chapter in the 100-year history of South Korean cinema, as well as in the history of the Oscars.

He, in particular, said he is grateful for the fact that the film’s latest feats have brought pride and courage to the Korean people who are suffering due to the outbreak of the novel coronavirus.